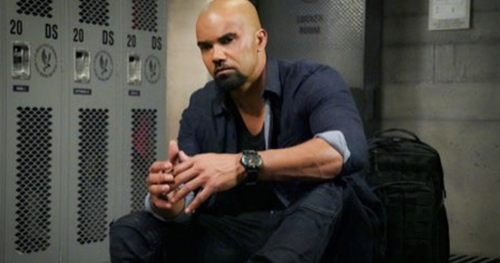 Tonight on CBS their new show S.W.A.T. inspired by the television series and feature film airs with an all-new Thursday, May 3, 2018, episode and we have your S.W.A.T. recap below.  On tonight’s S.W.A.T. season 1 episode 20 called “Vendetta,” as per the CBS synopsis, “Hondo’s life and career are endangered when his bosses and his godson’s kidnapper, Jae Kim, discover he’s been secretly surveilling Kim with the help of retired DEA agent Katrina Walsh. Also, Street and his newly paroled mother, Karen, both have trouble acclimating to her prison release.”

Hondo believed he might finally have enough on Jae Kim to take him down on tonight’s all-new episode of “S.W.A.T.”

Jae Kim was dirty. He worked in construction and it was almost impossible to build anything without shady dealings however Kim went a lot further than many thought he had. Kim had ties to drugs and was connected to the kidnapping of Calvin Walsh. Calvin was the son of former DEA Agent Katrina “KC Walsh and was Hondo’s godson. He and KC were glad when they got Calvin back and they were smart enough to realize he’d never be safe if Kim walked away from what he done without consequences. The two had ensured that Narcotics had evidence on the fentanyl ring and that Kim had fentanyl that he was sitting on until it was safe enough to move, so they had been disappointed when Narcotics did nothing.

Narcotics said that hadn’t enough evidence. Hondo, on the other hand, had thought that they were being too cautious and so he tried to find another way of taking down Kim without using the drugs. He followed Kim and monitored everything he did which was why he saw Kim meet with someone. The meeting was at night and there had been no other witnesses. Hondo knew that meeting must be important and so he decided to follow the other guy. He waited until the suspect by himself and then questioned him in the bathroom of all places. Hondo introduced himself as LAPD and he told Paek that he could help him bring down Kim or end up serving time for Kim. Kim was scrambling and so it was only a matter of time before one of those things happened.

Paek wisely decided to put his faith in Hondo. Hondo heard from him that Kim was laundering money and he put that together with what else he knew. He knew that Kim needed to recover from losing out on selling fentanyl and so it seemed clear to Hondo that Kim was laundering money in hopes of staying afloat. Hondo figured if he cut close all avenues open to Kim (at least money-wise) that it could push Kim into doing something drastic and therefore he was talking to KC about what they could do to up the pressure when a couple of gunmen came after Hondo. Hondo was able to defend the position he took down one of the shooters while shooting the other in the shoulder. It was the one sporting the shoulder wound that got away thanks to the driver.

But Hondo had to explain the shooting to his superiors when they came to the scene. They asked him who did he believe targeted him and he explained that it had been Jae Kim. Kim must have realized he was still investigating him and had tried to shut him up. Hondo told both Cortez and Hicks all of this and Hicks had gotten upset. He hadn’t gotten upset at the situation because he had been upset with Hondo. Hondo shouldn’t have opened an investigation on his own and he shouldn’t have waited until he was almost killed to tell his superiors. They had both been disappointed with Hondo and they thought it was best if he was benched for the rest of the investigation. They had to open an investigation into who killed him and having him involved in that would compromise it.

Hondo pretended like he’d sit this one out and then he worked behind their backs to stay involved. He gave his team a description and they recognized what gang member must have been the getaway driver. The team moved to collect the driver and they got him to offer up the other shooter. So they then moved to get the other shooter and unfortunately, they kept running into people that couldn’t connect the hit on Hondo to Kim. Kim had very carefully kept his hands clean and so there were middlemen that gave orders to contract killers. In other words, the only way they could take down Kim was by using Hondo’s methods. They had to cut off the money and so that’s what they did.

Hondo contacted the bank that was supposed to help out Kim and he stopped the twenty million dollar loan. The rest of the team kept a close eye on who else might invest and a few of them went looking for Paek. Paek hadn’t been returning their phone calls and so they went to his apartment though they found Paek on the floor dead and KC in the apartment. She had somehow gotten a hold of the man’s address and had gone over there to get the papers he had on Kim. KC said she found Paek dead and that she went looking for the papers because she wanted to see if there were still there. She hadn’t found them and she also got arrested because Homicide thought she killed Paek when she didn’t get what she wanted.

The confusion was later cleared up when the man that almost killed Hondo revealed he had been paid to also kill Paek and so she was in the clear. She still got in trouble however for breaking and entering, so Hondo had to be the one to pick up Calvin from school. He brought the kid back to the station where he knew he would be safe while KC continued to answer questions and then got back to taking down Kim. Kim had apparently called a business meeting at the exclusive club he goes to and Michael Plank had gotten an invite, so Plank decided to help with the investigation. He had blamed himself for accidentally telling Kim that Hondo was still looking into him because he hadn’t thought Kim was who Hondo said he was and so he was willing to help stop Kim.

Kim was going to ask his friends for an investment and so Plank wore a tire to trap him yet Plank must have pushed Kim too hard because Kim no longer wanted Plank to invest and so the commissioner did what he could. He told everyone else at the club not to invest as well because Kim’s latest construction was a hoax. Plank revealed it was all a scam and so that scared off all of Kim’s friends to the point he had to make do. He made do by setting up a meeting with some shady “businessmen” from out of town and once he made a deal to commit real estate fraud – LAPD moved in to arrest him. And so it took Hondo way’s to do it but they all took down Kim once and for all.

And while Hondo had believed he should go it alone, his team had been there when he needed and they had convinced him that he had people he could rely on if he was ever in trouble again.

That had meant a lot to Hondo and so Hondo hadn’t even batted an eye when Street asked him to sign off on some paperwork for his mother.

Street had needed permission to live with a former convict and Hondo had signed the paper because he believed Street was doing what he had to.