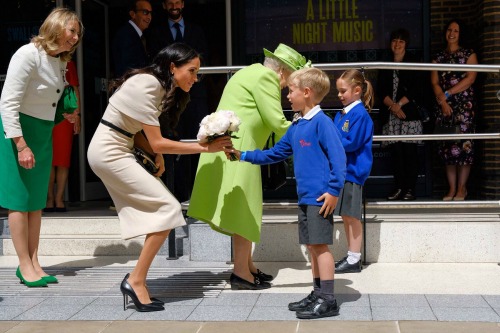 Samantha Grant is once again lashing out at her half-sister, Meghan Markle. This time around, she’s also dragging Prince Harry’s name into her tirade, suggesting that Meghan will one day treat Harry the same way she has been treating her father, Thomas Markle Sr. and the rest of her extended family.

Even though Samantha and Meghan haven’t spoken to one another in years, Samantha has been very vocal about the Duchess of Sussex, claiming that she is a fraud who has forgotten about her roots and her family.

Samantha took to her Twitter account to once again blast Meghan Markle this week, and she didn’t hold back at all. This time around she made it pretty clear that she doesn’t think Meghan’s marriage to Prince Harry will last. As a matter of fact, she believes that the Duchess of Sussex will dump her husband the same way she supposedly dumped her father, Thomas Markle Senior.

Meghan has not spoken to her father ever since he failed to show up on her wedding day back in May. To make matters worse, he has been airing out all of their family’s dirty laundry to the tabloid press.

Calling Meghan a “deceitful fake humanitarian,” Samantha wrote on Twitter, “If you treat your own father like this, Harry is next. There would be no just reason for her not to want him in her life, as he was good enough to use to make her everything she is. She should be grateful. Her diplomacy skills suck and are inhumane. Freezing people out is the best way of hiding the truth. There is no room for a greedy arrogant, deceitful fake humanitarian on this world stage.”

So far Buckingham Palace has not made any comments about Samantha Grant’s thoughts on the state of her sister’s marriage to Prince Harry. Although at this point, it’s doubtful that anything will be said. Several reports have indicated that the royal family is dealing with an existential crisis with the Markle family and are currently considering an aggressive strategy on how to deal with Meghan’s father and sister.

Until then, it’s safe to say that both Thomas Markle and his daughter Samantha Grant will still continue speaking to the press, regardless of what anyone has to say about it.