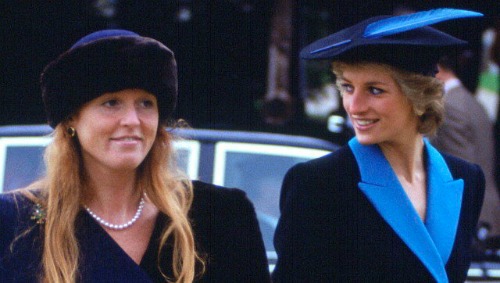 During Sarah’s marriage to Prince Andrew, she was known for her sense of humor, fashion, and her close friendship with Princess Diana. After her split with Andrew in the early 90s, she found herself under harsh criticism from the royal family. Tension reached a new height when she was left off the guest list for Prince William and Kate Middleton’s wedding in 2011.

Despite the royal drama, Fergie was thrilled to be there on Prince Harry’s big day and couldn’t help but feel overwhelmed with joy as she thought of how Princess Diana would have reacted to Harry’s new wife. Sarah Ferguson noted that she knows in her heart that Di would have nothing but kind words and love to offer her new daughter-in-law, Meghan.

Sarah said that Prince William and Prince Harry are a credit to their mom. She cried as she declared that she missed her dear friend, Di. Fergie added that no one could make me laugh like her. And, she feels confident that if Princess Diana was alive now, she would hug both Kate Middleton and Meghan Markle and tell them they did well. She added that she would be so happy to see how well both her sons turned out.

As for Queen Elizabeth, someone who has not always been Sarah Ferguson’s biggest fan, she said that the Queen is an icon and she has the upmost respect for her. Sarah continued by saying that Queen Elizabeth leads by example and proved it by including her in Meghan Markle and Prince Harry’s wedding. Don’t forget to come back to CDL for more royal news and updates!