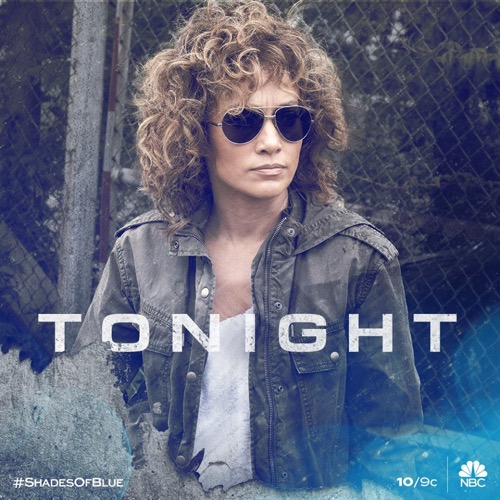 Shades of Blue airs on NBC tonight with an all-new Sunday, August 5, season 3 episode 8 called, “Cry Havoc,” and we have your weekly Shades Of Blue recap below. On tonight’s Shades of Blue season 3 episode 8 as per the ABC synopsis, “Wozniak enlists the crew to make a dangerous move against the Intelligence unit as Harlee struggles to stay on her new path.”

Harlee gives Cole injuries and ties him up so that they can trick Ramsay. She hides when Ramsay shows up. Cole pretends the cartel was behind it. But he tells Ramsay he didn’t crack, he didn’t tell them where they can find Enrique’s girl. Ramsay wants to break him out of custody. Bennett is there. Cole reassures Ramsay he kept their secrets. Ramsey whispers to him that it must be Bennett. Ramsay backs up off od Cole so he can shoot Bennett. He does while Harlee watches from her hiding spot.

Stahl is looking up things about Harlee on the internet when Katy comes in. She asks him why he keeps looking up Harlee. She questions him and his feelings. He tells her he is out for Harlee, she is a skilled liar. She talks about how he saved her life.

Woz is at the doctor with his wife. He has been given stitches. He says he fell in the garage. His wife knows he is lying. Harlee calls Woz. She knows Ramsay’s next move. Woz cannot believe it. She tells him about Bennett.

Tufo and Tess are back together on duty. A car is following them.

Woz meets up with Harlee and Loman. They talk about IA following Tufo and Tess. Meanwhile, Tufo and Tess do a wellness check on the young boy Woz made friends with. The mother is worried about a street thug who has been scaring her.

Woz waits for Cole who thinks he is meeting with Harlee. Woz wants Cole to bring Enrique to him. Cole fears what Ramsay will do to him.

Harlee meets with Katy who questions her while she wears an earpiece. Stahl tells Katy what to say and the questions to ask until he has Katy asks Harlee about being around corruption for so long it must have rubbed off on her. This clicks with Katy who goes off script and stops asking questions Stahl wants.

Harlee comes out of her meeting with Katy to find her car vandalized.

Tufo roughs up the street thug while Loman keeps watching. Woz calls Harlee and tells him what he learned from Cole.

Loman tells Woz he is being followed by IA. Woz goes into the agent who is watching them and begs to be suspended.

Woz goes home to find the crew all there. They make plans for what they are going to do to get to Enrique. Harlee offers to drive the decoy car. Woz tells them all to get ready. Outside as they all leave Woz offers Harlee a chance to hang back. She doesn’t have to go with them. She tells him she is solid.

Loman visits the mother of the boy. She is happy. On Loman’s way out he sees a car speed off. He suspects the mother is scouting. She doesn’t deny it. She has a record and needs to make some money.

Harlee gets in the decoy van ready to go when she notices the back door is open. She heads to shut it when Stahl comes out of nowhere and pushes her in the back. He tells her it is time to talk. Harlee tries to get out while he drives them somewhere. He stops and tells her it is like Christmas for him. She shoots at the bulletproof glass. He tells her he isn’t going to harm her. Meanwhile, the crew all radios to one another. Harlee doesn’t answer. Woz gets scared. He calls it off for now. Stahl talks to Harlee about being corrupt. She tries to get out of the back door by shooting at it. Stahl backs the van up but hits something. Harlee jumps out of the back. Stahl gets out to see what happened. She shoots at him. He takes off.

Harlee stops a civilian and takes his car to chase Stahl. Woz decides to go forward with the plan. They will intercept the vehicle in the Bronx. The plan goes accordingly. Harlee calls Loman. She comes in time to see Woz and the gang get Enrique. A young kid in his teens sees what goes down. Loman and Harlee chase him. Loman threatens his life if he tells anyone.

Harlee calls Cole to tell him to get out. He runs for it. They pick him up. Woz calls Ramsay and tells him they have what he wants. They can make a deal for peace. Cole tells them Ramsay will never go for it.

Woz and Harlee wait to meet with Ramsay but he is a no show. Ramsay is getting ready to paint Woz as part of a terrorist cell.