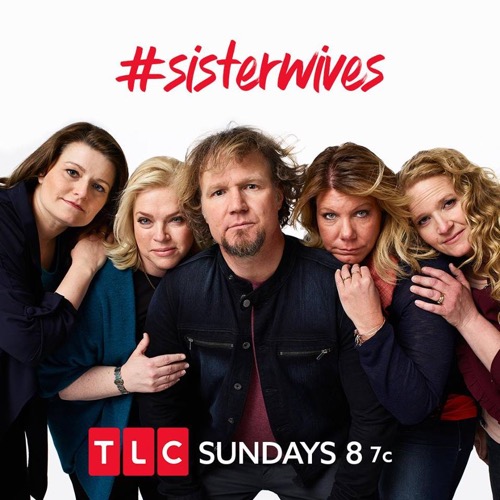 TLC’s reality show about a polygamist family Sister Wives returns tonight with an all-new Sunday, March 11, 2018, season 9 episode 9 called “The Longest Labor” and we have your weekly Sister Wives recap below. On tonight’s Sister Wives season 9 episode 9 as per the TLC synopsis, “Meri takes Kody to check out the bed-and-breakfast she wants to buy; Janelle’s daughter, Maddie, goes into labor and does a home birth with no epidural; the Browns eagerly await their first grandchild.”

Everyone was excited about this new baby on tonight’s all new episode of “Sister Wives” because not only was Madison going to be a first-time mother, but her parents were now becoming grandparents for the first time.

They all knew that this day would come. Madison was the first one to get married and she hadn’t shied away from saying she wanted kids as soon as possible, so they all knew Madison would be the first to have a baby and what had made this event in their lives even more pleasing was that Madison had moved back in. She sorta had to because her husband had had a medical scare, she was still going through school, and so moving back in with her mother had allowed them to at least save on money. Babies were going to be expensive as it is and having her mother around was going to be a lot of help.

Janelle had had to clear some space for them at the house because she was technically giving them the media room which was the extra room that allowed her boys to go somewhere close if they wanted space to themselves yet Janelle had made that sacrifice because she wanted to help. She had also tried to give them their own bathroom and unfortunately they just didn’t have enough space for that. So, that got Kody thinking. He thought that maybe they could do some renovation down the line and Janelle hadn’t wanted any part of that. She thought that would be taking on too much and so she did her best to talk Kody out that. And so far she’s been successful.

Kody had either dropped the extension idea or had forgotten about it and it hadn’t hurt the expected couple. They were planning on having the baby at home and Madison was also going to have a water birth like Robyn. Robyn had given birth to her youngest Ari in a pool and it hadn’t been a problem, so Madison thought she could try it as well. She had heard that water births could help her manage pain and that was important to her because she had wanted to stay at home. Her husband on the other hand had said that if he sense anything was wrong or if things didn’t go to plan that he would drive her to the hospital.

The women in Caleb’s family have all gone to the hospital to have their babies and so he was more comfortable with that, but he was willing to listen to his wife on having a baby at home because that’s what she was used to. She grew up in a polygamous family and a lot of women in her family or in even just the polygamist family have had their babies at home because they were afraid that if they put the father’s name on the birth certificate that it would be held against him. And so while Madison knows that she’s safe, she wanted to have a child where she could feel comfortable and that would be at home.

Her midwife April had gone through the stages of labor and had told Madison at what point she needed to be called in because that’s when the rest of the labor was going to fly past. So Madison had gotten all of her ducks in the row and then she just waited for her labor to begin though in the meantime Kody had taken a little trip with Meri. Meri had wanted to buy back her old family home in Utah and Kody had been against the idea from the start. He thought Meri was basing her decisions off emotions and that they would be taking on a financial burden if she got the house because she would then need their help.

Meri would need help to buy the house and so she initially thought that maybe she could continue to run it as a B&B yet her mother had later said she wanted to live in the house and Bonnie had told Meri that she didn’t want to run the place. And so that left Meri in an awkward position. She couldn’t buy a house just to have her mother live in alone and so she tried to find a way to accommodate her mother as well as run the rest of the place as the B&B it already was. The place was ready to go as Bed & Breakfast and so Meri believed she could get a return investment by not changing it all.

Kody just didn’t agree. He has always said that he has to look at the bigger pictures because he had to lead the family and so he had been quick to dismiss Meri’s idea until they went to therapy. They’ve been in therapy for some time now because their marriage wasn’t at its best and so it was their favorite counselor Nancy that convince Kody to at least see the place. She asked him why he wasn’t curious and so that left him questioning himself. He was the normally curious type and so he thought long and hard about it when he eventually believed he found the answer. He said he hadn’t been curious because Meri hadn’t been selling the idea to him.

Therefore, he went to back to Utah to get some answers and that was taking a massive risk on his part because Utah had recently passed a law that allowed them to persecute polygamists. This law said that Kody could be arrested and face up to five years for each wife he claimed to be married to and, when this law passed, a journalist from the Salt Lake Tribune had reached out to Kody. Kody had been asked about how he felt on the matter and how things were with him however he also had mentioned something very personal to the journalist. He had told the other man that he was in counseling with Meri and Meri had been in the car with him when he said that.

Meri had thought that it was their personal business and that he didn’t need to share it with journalists, but he said that it was good to be honest with friends and so Meri had dropped the subject and had instead focused on the house. The house was a beautiful old Victorian that she loved and Kody had even come to love it too. He had liked the house and he had loved the woman that ran the place. Victoria or Vickie of Victoria’s B&B was a character and she was so part of the place that Kody thought she was the reason the business was such a success. And if that was the case then Kody figured the business might not be a success without her.

Kody still looked around the place and surprisingly he ended up falling in love with it. He loved the history of the place and he had enjoyed the fact that it was once a polygamous family though his mind about his place was so interchangeable. He loved the place, asked Meri how “they” were going to make it viable, and then did a 180 when they were back at home. There, he had told the other wives that he found the place to be magical and then he said that the family wasn’t going to get involved. He told Meri that it was going to be on her as a business and had been so adamant that his other wives had to tell him to back off.

They got where he was coming from about how this was going to be all on Meri and so they didn’t think Kody needed to keep saying at Meri because then he was just being a jerk. They told him to stop it and then they told Meri their thoughts. Robyn and Janelle supported her, buy Janelle and Christine had wanted a viable business plan in place. They to felt like Meri was wanting to buy the off based on emotion and so they wanted her to get her numbers in order rather than keep saying she was going to “wing it”. And so they were all pretty cautious while Meri was going to pursue this no matter what because it was her dream.

But Madison went into labor one night and had then proceeded to have one of the longest labors in her family. They had all thought that she would have had her baby on day one and she was in labor for more than thirty-six hours when her midwife decided she needed a little help. April had performed this thing called stripping the membranes and it was long after that Madison entered active labor. She started to feel contraction on top of contraction and her pain also sky-rocketed. Madison would be lying bed in tears and the midwife’s assistant Amy would only say she’s at six centimeters. And so the family came together to hang out until she was much further along.

The sister wives had gone over to Janelle’s to wait out the birth and as it had gotten worse for Madison – the parents hadn’t known what to do with themselves. Janelle, Christine, and Robyn were all happy with being in the bathroom with Madison while Meri wasn’t sure if she should be there. She said its always been awkward for her and so she drifted in and out of the house. The last time she drifted out, it was to pick up Mariah and Audrey. So when they came back, the house was so quiet that she thought it was her que to leave and so the rest of the labor dragged on until eventually Madison and Caleb welcomed their son, Axel James.

The name had come to Madison in a dream.

And he was eight pounds, six ounces!