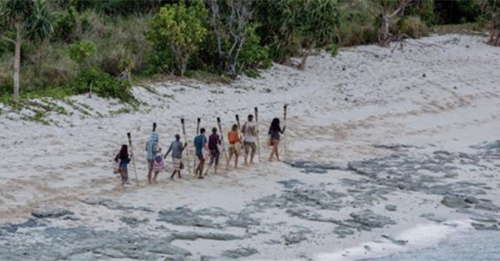 Tonight on CBS Survivor: Ghost Island airs with an all-new Wednesday, March 28, 2018, Season 36 Episode 6 and we have your Survivor recap below. On tonight’s Survivor season, 36 episode 6 called “Fate Is the Homie,” as per the CBS synopsis, “Another surprising tribe swap could mean a fresh start for some castaways.”

Days 15 and they get to see who was voted out last night.  Jeff tells everyone to drop the buffs they are switching tribes.  Michael thinks the tribe swap is going to be his saving grace.  James thinks what happens today might be important to their gameplay.

Jeff gets new buffs.  Everyone pics random packages and then opens them off.  They all reveal their buffs to show if they are on Naviti or Minolo.  Jeff then lets drop that there is a third tribe now.  Jeff tells the purple to go in one place, the green in the other and orange somewhere else.

Jonathan says he has no idea what is going to happen with the new tribes. He will be interested to see where everyone stands.  Meanwhile, Sebastian is on the new tribe and tells Jeff he realizes there are a new beach and no shelter.

Jeff tells them all that it is a new start to Ghost Island and the game has changed again.

TRIBE YANUYA – The new tribe is called Yanuya when they get there they find fishing gear. Jenna finds it is a shock being on a new tribe but she is excited.  Wendell is so glad to be on the new tribe.  He is glad he is not stuck between Dominick and Chris.

Chris keeps going on and on and bragging.  Laurel says she feels Chris likes to hear himself talk.  Then Chris tells everyone he is a model.  He says he doesn’t tell people but he is telling Laurel.  Laurel thinks the tribe is getting a bit rubbed the wrong way with Chris.

TRIBE MANOLO – Everyone is happy with the switch up. James is not pleased he is on the bottom.  He is not comfortable that Desiree and Helene are tight.  James hopes Angela will work with him and Michael.

The callers for each tribe are Desiree, Wendell, and Dominick.

The first winner is Yanuya, second is Naviti and going to tribal council for the third time is Manolo.

Back at Manolo Desiree apologizes to everyone, she is crying.  She feels this has been the worst moment of her life.  Desiree feels like the biggest loser.  The ladies plan to vote out James.  Desiree says not one has a connection to James.

Meanwhile, James and Michael thinks that Desiree choked.  James wants to get Angela on their side.  Angela tells James she feels she is on the bottom with the girls and she trusts James.  Angela has to think of what will get her further in the game.

Kellyn is getting nervous she feels Angela is acting super sketchy.  Kellyn tells Angela that she and Des really want to work with her.

The teams head to tribal council.

Jeff says Manolo might be one of the worst tribes in terms of tribal council.  Jeff asks what is the feeling losing week after week.  Desiree says she takes full responsibility for the loss.  She also says what makes a winner is how you get up once you fall. Jeff asks James if it is fair to vote out someone on who is responsible for the loss.  James says he was given a second chance so he is not sure.  Angela says when someone steps up to the plate you expect them to win. Michael says to get to the merge they have to keep the tribe strong.  Kellyn says that long-term relationships are just as important as strength.

Jeff asks for immunity idols, no one comes up.

Jeff tells them they voted out the strongest player of the tribe and time will tell if they made the right decision.