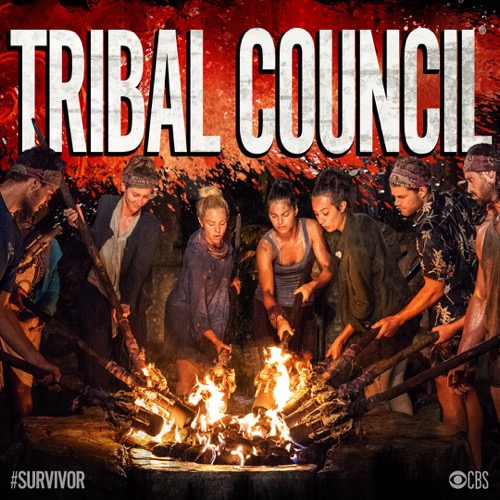 Tonight on CBS Survivor: David VS Goliath airs with an all-new Wednesday, October 17, 2018, Season 37 Episode 4 and we have your Survivor recap below. On tonight’s Survivor season, 37 episode 4 called “Time to Bring About the Charmpocalyps,” as per the CBS synopsis, “Castaways from the “David” and “Goliath” tribes must learn to work together after a surprising tribe swap. Also, a castaway’s typical bossy nature could rub her new tribe the wrong way.”

The cast had another unpredictable moment on tonight’s all new episode of “Survivor” when Bi asked to leave the island.

Bi had tore a muscle on the last challenge. She tried not walking on it and to see if it healed and sadly it had been even worse when she woke up. Bi knew that she couldn’t go on with her leg in that condition and so she asked to leave the island. It had been tough on the David Tribe because they thought they still lost someone despite winning the challenge however the surprises just kept on coming. Both tribes were given bags and so they went through a tribe change. There were some that came up as the new Vuku Tribe, someone that belonged to the new Tiva tribe, and some that belonged to the new Jabeni Tribe. There were no more David or Goliath Tribes and so the switch could have been a new beginning for everyone. And it would have been if people hadn’t remembered the long game.

The long game was what the tribes had agreed to back before the switch. Both tribes had come to an agreement with their own people that said even if they got traded that they would still be loyal to their original tribe and so people tried to do that, but it was harder for the former David Tribe because they were never in the majority with any of the newly formed tribes. They were more or less hemmed in by the Goliath tribe and the people were still playing the long game. People on their side could be nice to the new people and that’s it. None of the niceness was supposed to extend to their tribal loyalty and the first person to question that had been Natalia because she had been worried about Kara. Kara had bonded with Elizabeth over horses and Natalia had been so shaken by that she told Kara to remember the plan.

Luckily, she did. Kara was being nice because she knew that what they were supposed to do with the newcomers and that way no one would have grudges. These same grudges could be used against them later on and so Kara was being really smart. She realized she had to play at being charming and she wasn’t the only one that did just that. Christian had ended up in the TIva tribe with Gabby and he knew that he needed to become friends with the new guys yet seeing him fit in so well had upset Gabby because she knew that she doesn’t necessarily charm people. She’s the nervous type and she didn’t want to go home because it hard for her to talk to people. Gabby even admitted that she felt like she was in the desperate position and that made her rely on Christian perhaps a little more than she should

Gabby thought Christian would never hurt her because they were friends and, while he does say he’s her friend, it hasn’t stopped in the past from badmouthing her or manipulating the others into potential eliminating her. Another person that was in such a position was Natalie. Natalie had gone back to being her bossy self in which she told everyone what to do and did nothing to help them. It had annoyed the newbies and so she really wasn’t as safe as she thought. Meanwhile the only one that was saved such politicking was Carl. Carl had been the only one that hadn’t been assigned a team because he was going to sent to Exile Island. He could only come back to take the position of someone that’s been eliminated and so Carl decided to enjoy his time on the island. He hadn’t found an idol though he had found something that could block someone else from using an idol.

With the idols and a block lined up, it was back to game of survival. All three tribes had to face an elimination challenge and almost instantly one tribe had stood out. It was the Tiva tribe. The Tiva tribe had used Gabby as their eyes and everyone had to blindly navigate the field, but she had been good at what she did and so she led to the team to be the first one to win themselves immunity. They also received for their hardships some much needed pampering and went back to camp where they received actual baked goods. They were a new tribe and surprisingly they had worked really well together while other tribes struggled. The Jabeni tribe had seemed like it would come in last and then at the last minute they managed to correct themselves in time to save the tribe. And so it was the Vuku tribe that knew they would have to face elimination.

Only Davey had seen for himself that Natalie didn’t trust her team. Her behavior pushed them away and Alec for one hadn’t been happy. He talked to Davey about his misgivings and then later when it came time to vote he whispered something into Elizabeth’s ear. She hadn’t revealed what he said and he hadn’t revealed what he said though Natalie had been curious and she had demanded to be told if he was going to vote her out. And so she didn’t know what happened until they went ahead with voting because that’s when three people voted her out of the Vuku tribe.

Carl ended up taking her place and he had seen first-hand how cutthroat his new tribe was.

The tribes were split up on tonight’s all-new episode