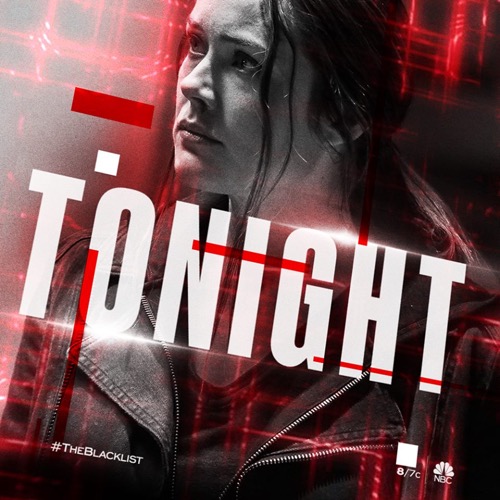 Tonight on NBC their hit drama The Blacklist starring James Spader airs with an all-new Wednesday, May 16, 2018, episode and we have your The Blacklist recap below. On tonight’s Blacklist Season 5 episode 22 called, “Sutton Ross (#17)”,  as per the ABC synopsis, “In the Season 5 finale, Liz and Red face off in a climactic race to find a Blacklister in possession of the duffel bag of bones, forcing the truth about the bones to finally come to light.”

A group, posing as the FBI, show up at a robotics company with a fake warrant. They pack everything up but then leave it behind.

Aram makes adjustments to Samar in the hospital. She has cerebral ischemia. The nurse comes in and tells him to stop touching everything. He tells her that Samar is his fiancé. She might not have said yes yet.

Liz and the others head to the robotics company. She learns that Ross did take something. Meanwhile, Red interrupts a man being fitted at a local shop. He is looking for Ross. The man is scared to give him information. He gives Red an address.

Ross arrives at a movie theater. Inside, he threatens a man named Ravi is watching a movie with his family. He takes him to his van by gunpoint but changes directions when he sees Liz. Donald fires shots. Red and Dembe arrive. Liz takes off chasing Ross in his SUV. Red chases after them. Liz tells Red by phone to stay away. She gets into an accident. Red makes Dembe stop to check on her. Liz tries to arrest Red but she isn’t with it. Ross gets away. Red takes Ross’ driver and has a friend who makes him talk. He says something about the Rafferty Project. Meanwhile, Aram has figured out what Ross wants with Ravi. Harold thinks they need to pose as the FBI now and get Ross.

Red is worried the duffle is already gone. He kills Ross’ driver and heads to see Ross and Ravi at a pharmaceutical plant where they have learned they will be. Donald and Liz arrive too and manage to get Ross in custody.

Donald agrees to give Ross and Liz 5 minutes alone in the interrogation room. He is going to show her what is in the bag. Red tells Harold that he will no longer give him info on the blacklist if he isn’t given the bag. Inside the interrogation room, Ross takes Liz hostage. They cannot get in. He demands a police escort or he will kill her. Red tells them not to give in. They bring the SWAT team in. Ross and Liz crawl through the vents. Ross now has a gun. They arrive at a locked door. Via camera, Ross demands the door code or he will shoot Liz. Amar gives it to them. Red shakes his head. He cannot believe they gave in. They will probably never see Liz again.

Ross calls Red who tells him they can meet. He can have him for Liz’s safety. Harold and the team insist they are going to blanket the area. Amar monitors street cameras. There are 2 of the same vans and 2 unsubs. One goes north and the other goes south. Dembe calls Amar. It is all a distraction. They need to find a green liquor van. Meanwhile, Liz and Red arrive at a secret location with Ross and come face to face while they are placed in chairs.

Alone, Liz tells Red whatever is in the bag is all his and his secret. She apologizes. She should have respected him. Ross comes in. Red insists he can have his life for hers. Ross’ men take Liz away in a room. Ross wants answers or Liz will get hurt. Ross asks Red to tell him about the DNA report. Just as Red is about to answer, Amar and Dembe come in shooting. They grab Ross who yells he knows the truth. Red shoots him. Red gets the bag and leaves. Ross dies on the floor.

Amar gets called to the hospital. Samar is awake. She tells him yes!

Liz visits Tom’s grave and tells him she has a few of her own secrets. Ross told her about the bag, the bones, and the DNA. She also met her sister inside the warehouse where she was brought when Ross staged her kidnapping from the precinct. Jennifer knows Ross. She also knows Red’s secret. He isn’t Red at all. He is an imposter with Raymond Reddington’s bones in the duffel bag. And she wants to get to the bottom of why this man has been posing as her father for 30 years.