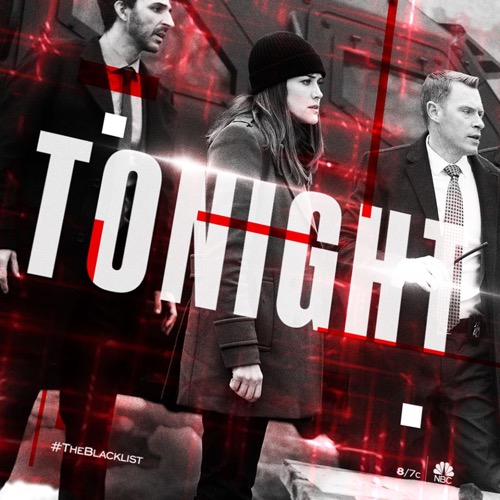 Tonight on NBC their hit drama The Blacklist starring James Spader airs with an all-new Wednesday, May 2, 2018, episode and we have your The Blacklist recap below. On tonight’s Blacklist Season 5 episode 20 called, “Nicholas T. Moore (#110)”,  as per the ABC synopsis, “The mysterious appearance of an unidentified young girl sends Liz and the Task Force on a hunt to discover her connection to the secret Red is hiding. However, when her family steps in to protect their own secrets, the investigation turns into a race to save the little girl’s life.”

Liz shows up to Reds. Smokey is just leaving. There is a nurse there. Red has a concussion from his car accident. They talk about Liz’s sister, Red’s long-lost daughter, Jennifer. Liz tells him to respect her request to be left alone.

Dembe takes Red to see Jennifer. He is sorry she lost Garvey. She tells him she knows why he is visiting her, the duffle bag. She knows nothing about it. He suspects her mother does. She tells him he will never find her.

Liz and the team go to visit a young girl in the hospital who walked out of the woods. She has never had dental work or immunizations. She is restrained in bed and has a circle around her bed. When Liz tries to step over the line she screams. She tells her she is infected.

In a small community in the woods, a man reads in a room to several children. A man comes in and tells him something is wrong. He sounds the alarms. Outside another man is bloody and infected. They drag him away.

Liz and the team get word that a man has surfaced. His case is similar to the girl. Liz and Samar meet with a doctor who has met with the man. This isn’t the first time he has met a mysterious person like this. He shows them a video of a man before. He speaks about his community and how if they strayed they would have to be purified. He escaped from his community, New Haven, and has been on the run from The Ollo. The doctor doesn’t know where he is now. He disappeared.

Red approaches an officer. He has stolen his car. He wants a favor on the cell block he works on. If he can make contact that he will return the car.

Liz meets with the little girl again. She asks her about The Ollo and if she can take her there. The girl tells Liz that she is sick so her father took her from the community to get her help. The Ollo wasn’t happy so they tracked her father down. She escaped. She talks about the leader by the last name of Moore. A hospital employee comes and gets the girl for testing. After she gets on the elevator, Liz realizes the man was an imposter and has kidnapped the girl and taken Samar with them.

Liz calls the team. They are having trouble trying to get any good leads. Liz and Donald visit Moore’s wife. She tells them that the young girl has never met her husband. She must have read his book.

Red talks with Garvey’s associate who is in jail. He tells Red that the bag is in Costa Rica with Garvey.

Jennifer calls Red. She can help him find her mother in exchange for questions she has. Back at the office, Aram tells the team about Moore’s book. It matches everything the girl has told them. Aram tells them that if someone is deemed contagious or infected they burn them alive.

Jennifer meets with Red at a restaurant. She wants to know how he could be so calm being on the FBI’s most wanted list.

Aram thinks he has found where New Haven is located in New Hampshire. Meanwhile, Red tells Jennifer that she was not abandoned by him but protected. It was a fugitive on the run from the CIA and the FBI. He didn’t want her to be a target.

The community puts the little girl in a metal contraption to burn her alive. Something is seen in the trees. They stop the ceremony and sound the alarms. Snipers come out of the woods. Liz heads to save the girl. They head back to the police cars. Aram wants to know where Samar is. They have to have her inside with them. Aram cannot wait. He runs through the woods to the community. He tells them all that Moore has been lying to them. That civilization is alive and fine and there is no such things as The Ollo. Moore created their fake little society to keep them hostage as a sick experiment. Aram gives them the book Moore wrote. They all talk while Moore tries to continue to brainwash them. They begin to leave. Moore shoots at them. The FBI comes running in. Aram tries to find Samar but none of them can find her.

Jennifer brings Red to her mother’s grave. He is in shock. Jennifer tells him that her mother was gunned down probably by one of his enemies. She was kidnapped once and they cut off one of her fingers. She asks Red to never call her again.

The girl and her mother are brought to the hospital. Meanwhile, the team needs Red’s help in finding Samar. Red is on a jet. Liz shows up on board. She needs him to postpone his trip. Meanwhile, Samar is in the back of a van.