BY Heather Hughes on August 7, 2018 | Comments: one comment
Related : Soap Opera, Spoiler, Television, The Bold and the Beautiful 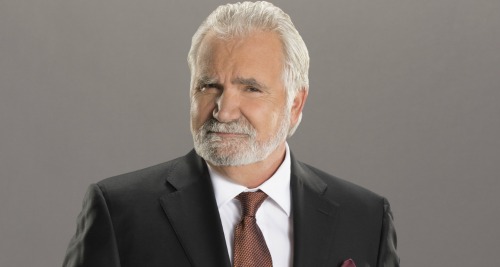 The Bold and the Beautiful (B&B) spoilers reveal that one CBS soap star had some good news and bad news to pass along. John McCook (Eric Forrester) tweeted out some updates that left many B&B fans surprised. First, let’s talk about a positive family development. McCook’s daughter, Molly McCook, just scored a role in Fox’s revival of Last Man Standing.

Some of the show’s original cast members opted not to return this season, so that opened the door for Molly to step in as a recast. She’ll play the role of Mandy in addition to her recurring part on Freeform’s upcoming Good Trouble. It sounds like fantastic things are happening in Molly’s career!

Now for the bad news – which won’t be so bad in the long run. McCook had to undergo hip replacement surgery on Monday, so he’ll undoubtedly need some downtime. It’s important to focus on his recovery and let everything heal.

However, McCook should rest up and get back to doing what he does best eventually. He’s not involved in any major storylines at the moment, so he’ll have a chance to recuperate without pressure. This hip replacement will hopefully change McCook’s life for the better, which is great for Bold and the Beautiful viewers, too.

McCook even made a joke about it, so he’s clearly doing well. He teased, “Molly and I both got new parts today: “Last Man Standing” for her, a hip replacement for me!!” It’s nice to see that McCook’s in such good spirits. B&B watchers will be anxious to see McCook get back on set and back in the action.

The Bold and the Beautiful spoilers say Steffy (Jacqueline MacInnes Wood), Liam (Scott Clifton) and Hope (Annika Noelle) will take center stage for the remainder of the summer. Xander (Adain Bradley), Emma (Nia Sioux) and Zoe (Kiara Barnes) will also be featured heavily. Once these stories wrap up, B&B can consider other options. Perhaps Eric and Quinn (Rena Sofer) will get more airtime later this year.

Are you enjoying the current storylines on B&B? What would you like to see next? We’ll keep you posted as other details emerge. Stay tuned to the CBS soap and don’t forget to check CDL often for the latest Bold and the Beautiful spoilers, updates, and news.