BY Kinsley Goldman on April 17, 2018 | Comments: one comment
Related : Soap Opera, Spoiler, Television, The Bold and the Beautiful 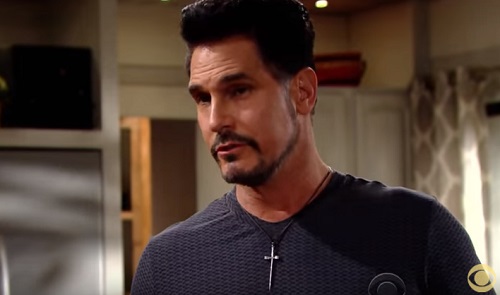 The Bold and the Beautiful (B&B) spoilers tease that Bill (Don Diamont) will realize he has to get sneaky. Steffy (Jacqueline MacInnes Wood) and Liam (Scott Clifton) are slowly picking up the pieces of their shattered marriage. Bill played a huge role in breaking it, so Steffy will be anxious to keep him away. The less Bill meddles, the better off Liam and Steffy will be.

Of course, B&B never makes life easy for its characters. In any storyline, more drama is just around the corner! That’ll certainly be the case for Steffy and Liam in the coming weeks. You can bet that Bill will resort to some manipulation as he tries to get what he wants.

Bill probably thought Hope (Annika Noelle) was going to do most of the work for him. She seemed to be on the verge of winning Liam over, but Steffy’s unwavering support earned her some points. Liam also knows Steffy’s pregnant with his baby, so that’s a major bond between them. Their daughter is something they always come back to, which means it could be what saves this marriage.

However, The Bold and the Beautiful spoilers say Bill will stir up serious trouble soon. Just how far will he go to tear Steffy and Liam apart? During the week of April 23-27, Dr. Phillips (Robin Givens) will be back with startling updates. It’s possible the doc’s news will be a pleasant surprise, but it could easily be horrible instead! 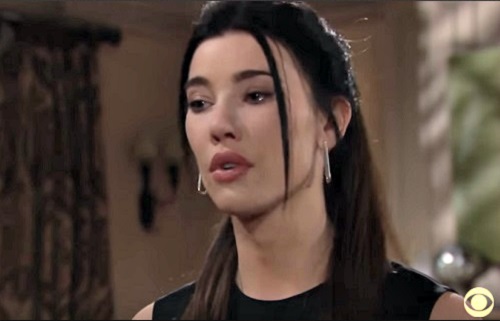 There’s been some buzz about Bill potentially being the “baby daddy” after all, but what if he just makes it look that way? Bill could make it happen! The easiest strategy would be to dig up dirt on Dr. Phillips. She’s surely got some skeletons in her closet.

Perhaps Dr. Phillips made crucial mistakes in the past and swept them under the rug. Maybe when she was younger and inexperienced, her careless errors caused the death of a patient or two. Dr. Phillips would never see it coming if Bill confronted her with evidence.

Bill could threaten to expose everything publicly and derail the doc’s career. He could insist that if Dr. Phillips doesn’t follow orders, her family will endure an awful scandal. That might be enough to convince Dr. Phillips to change the paternity test results and tell “Steam” she was wrong. She could apologize for the blunder and insist that Bill is the true father.

Would that put an end to Steffy’s reunion dreams? Could Steffy actually wind up with Bill – at least until his manipulation is revealed? The Bold and the Beautiful spoilers say anything’s possible! We’ll keep you posted as other B&B details emerge. Stick with the CBS soap and don’t forget to check CDL often for the latest Bold and the Beautiful spoilers, updates and news.

Steffy was NOT expecting to hear that. #BoldandBeautiful pic.twitter.com/Ssaqs4BNjb