The Bold and the Beautiful Spoilers for Next 2 Weeks: Liam Moves In with Hope – Bill Rattles Steffy – Ridge Suspects Secrets 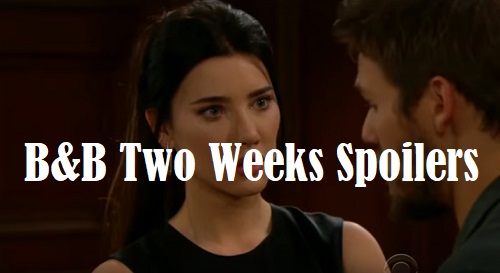 The Bold and the Beautiful (B&B) spoilers for the next two weeks tease that some heated showdowns are coming up. The week of April 16-20 will bring the rest of Taylor (Hunter Tylo) and Bill’s (Don Diamont) latest battle. Since Taylor’s the shooter and she wants to finish Bill off, this encounter will certainly bring some terrifying moments.

Bill will convince Taylor to lower her weapon, but he’ll remain concerned about how unhinged she is. Taylor really needs to be handed over to the cops, but how many times can Bill change his story? Detective Sanchez (Jeremy Ray Valdez) may not buy it if Bill gives another version of events. Bill could even face consequences for giving a false statement.

Plus, Bill will like the idea of making Liam (Scott Clifton) squirm and blackmailing his way to what he wants. He’ll know that he can work this angle with Steffy (Jacqueline MacInnes Wood), too. The Bold and the Beautiful spoilers say Steffy will give Bill some hope when she reaches out to him. He might believe she’s willing to accept a future with him after all. 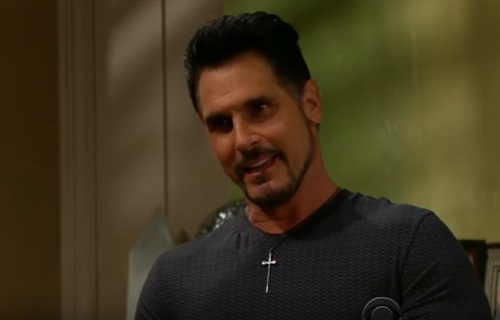 However, Steffy will actually have a tough request. She’ll ask Bill to stop interfering in her marriage and just let this reunion happen. Steffy will insist that if Bill truly cares about her, he’ll back off. B&B spoilers hint that Bill won’t be able to stick to this plan. Any agreement they make should be thrown out the window soon enough.

Over with Katie (Heather Tom), she’ll give Brooke (Katherine Kelly Lang) updates on her broken engagement. Brooke will be appalled over Bill’s continued resistance. She’ll wish he could get on board with Katie’s romance and let go. Katie will suggest that she still loves Wyatt (Darin Brooks) and they’re going to make it work. She’ll just hate that they can’t put a ring on it without provoking Bill’s wrath.

Other Bold and the Beautiful spoilers say Hope’s (Annika Noelle) frustration will erupt. She’ll lash out at Liam for falling into Steffy’s trap again. Hope will argue that Liam needs to break free from the terrible cycle he’s stuck in. She’ll think Steffy and Bill are going to hurt him again any day now.

Liam will keep softening toward his wife, but some major shifts are in the works. The week of April 23-27 will deliver a sudden change of heart for Steffy. Will Bill rev up his demands and force her to be with him? She may have no choice if she wants to keep Liam out of prison.

Whatever the case, The Bold and the Beautiful spoilers hint that Ridge will grow suspicious. He’ll feel like Steffy’s hiding something big, so he may guess that Bill’s involved. Meanwhile, Liam will get an intriguing offer. Hope will think Liam needs to get out of that hotel, so she’ll push him to move in with her. Liam will accept, which means this “Lope” reunion is moving right along.

There’s still hope for “Steam,” but it sounds like fans of this pairing will have to be patient. We’ll keep you posted as other B&B news comes in. Stay tuned to the CBS soap and don’t forget to check CDL often for the latest Bold and the Beautiful spoilers, updates and news.