The Bold and the Beautiful Spoilers: Friday, February 2 – Steffy Fires Back at Hope – Ridge Fights for What He Wants

BY Heather Hughes on February 1, 2018 | Comments: one comment
Related : Soap Opera, Spoiler, Television, The Bold and the Beautiful 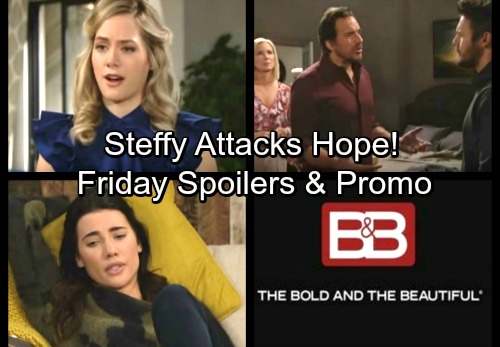 The Bold and the Beautiful (B&B) spoilers for Friday, February 2, tease that Hope (Annika Noelle) will rub Steffy (Jacqueline MacInnes Wood) the wrong way. She just confronted Steffy about what happened with Bill (Don Diamont) and suggested that it was unforgivable. Hope definitely has her doubts about a “Steam” reunion now.

Steffy will be offended by Hope’s criticism on Friday. She’ll fire back and insist that she’s not giving up on Liam (Scott Clifton). Hope will eventually soften and promise that she’s not trying to pile on guilt. She’ll add that she really does want things to work out between Steffy and Liam. 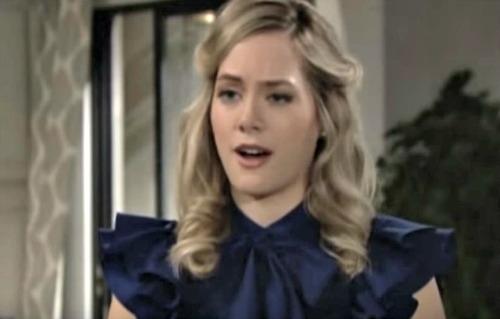 Steffy may not be sure she buys that, but she won’t care anyway. She’ll probably reiterate that Hope should just butt out. Steffy won’t think this is any of Hope’s business. However, Hope considers Liam a close friend and she has no intention of bailing on him. She’ll continue to get in touch, so she could spark temptation soon enough.

In the meantime, Ridge (Thorsten Kaye) and Brooke (Katherine Kelly Lang) will try to get through to Liam. It appears he’ll reject their wedding invitation, but they’ll attempt to change his mind. Brooke will suggest that Liam could see forgiveness on full display. She’ll urge Liam to come with Steffy and open the door to another chance.

The Bold and the Beautiful spoilers say Ridge will acknowledge the deep pain Liam’s dealing with. He’ll contend that he’s not asking Liam to ignore his issues with Steffy. Ridge will just want them to tackle their problems as a couple. He won’t believe suffering alone is doing either one of them any good. 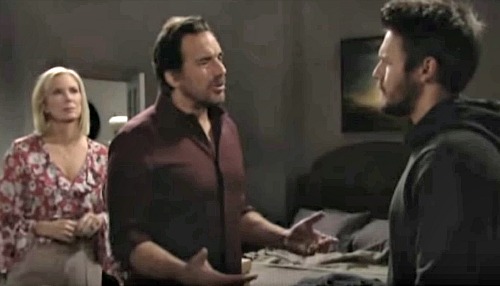 Back with Steffy, she’ll have updates for someone. She’ll note that Hope thinks Steffy only has herself to blame for this disaster. Steffy may admit that Hope’s right, but she won’t be ready to throw in the towel yet.

Other B&B spoilers say Thorne (Ingo Rademacher) will face an unpleasant task. He’ll grumble once he’s roped into wedding planning with Katie (Heather Tom), Ivy (Ashleigh Brewer) and Maya (Karla Mosley). Nevertheless, Thorne’s the best man, so he’ll just have to suck it up and pitch in.