The Bold and the Beautiful Spoilers: Friday, May 18 – Katie Warns Steffy Will Cheat Again – Bill Holds Out Hope

BY Heather Hughes on May 17, 2018 | Comments: one comment
Related : Soap Opera, Spoiler, Television, The Bold and the Beautiful 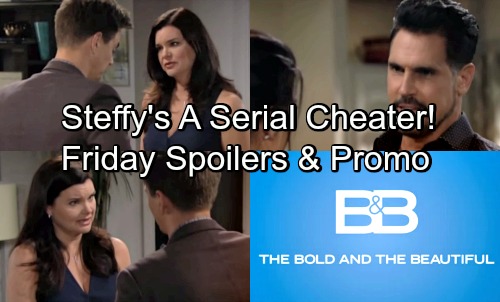 The Bold and the Beautiful (B&B) spoilers for Friday, May 18, tease that Katie (Heather Tom) will try to get through to Wyatt (Darin Brooks). She just won’t think coming clean to Liam (Scott Clifton) is the best option. Katie certainly doesn’t want Wyatt to endure Bill’s (Don Diamont) wrath and lose his spot at Spencer. However, she’ll insist this is about more than that.

Katie will argue that telling Liam the truth won’t change the outcome. She’ll note that if Liam goes back to Steffy (Jacqueline MacInnes Wood), he’s only going to get hurt again. Katie will feel like Wyatt’s confession would just postpone the inevitable. She’ll believe in the concept of “once a cheater, always a cheater.” 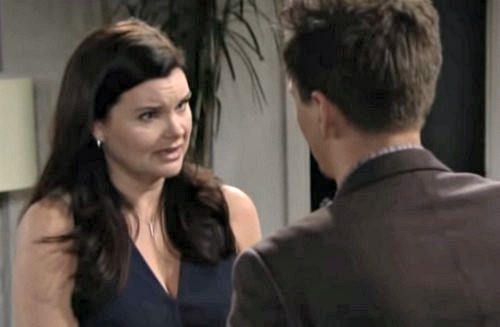 As Wyatt contemplates his choice, Katie will push him to let Liam and Hope (Annika Noelle) be happy. She’ll reiterate that Steffy and Liam can co-parent successfully. Katie will focus on the downside of divulging this secret, so she’ll ultimately get Wyatt on her side.

Once it’s settled, they can talk about the next step. Katie will point out that Wyatt’s sitting on something that could destroy Bill’s dreams. She’ll think that’s worth far more than the car Bill handed over.

The Bold and the Beautiful spoilers say Katie will want Wyatt to take back control. They’ll come up with the terms of a new deal, so they may be able to revisit those wedding plans soon. Meanwhile, Bill will play up his romantic history with Steffy. He’ll talk about the way they sizzled several years ago. 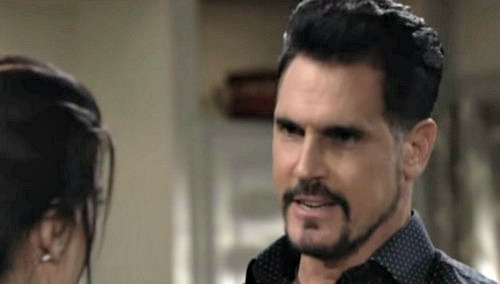 Bill will believe their love story should be more than a fleeting chapter. He’ll think Steffy needs to cave in and understand that they’re meant to be together. Steffy seems to be growing increasingly irritated with all these pitches. Will she finally snap? No one would be surprised if Steffy really ripped into Bill and banished him from her life forever.

Nevertheless, B&B fans know Bill won’t give up just yet. The Bold and the Beautiful spoilers say Bill will hold out hope and work to keep his secret under wraps. Since exposure is likely imminent, Bill had better brace for serious backlash!

It sounds like some big developments are coming up. We’ll give you updates as other B&B news emerges. Stay tuned to the CBS soap and don’t forget to check CDL often for the latest Bold and the Beautiful spoilers, updates, and news.