The Bold and the Beautiful Spoilers: Hope Learns Bill Manipulated Liam Into Choosing Her – Tells The Truth or Lies?

BY Heather Hughes on April 25, 2018 | Comments: one comment
Related : Soap Opera, Spoiler, Television, The Bold and the Beautiful 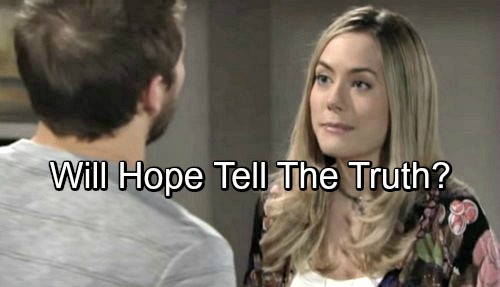 The Bold and the Beautiful (B&B) spoilers tease that Hope (Annika Noelle) will face some highs and lows in the coming weeks. She recently scored a win by convincing Liam (Scott Clifton) to move in the cabin at Brooke’s (Katherine Kelly Lang) place. Hope’s undoubtedly planning on spending even more time with Liam. She really feels like they’re on the verge of a beautiful reunion.

However, Hope’s headed for heartbreak thanks to Steffy (Jacqueline MacInnes Wood) and Liam’s ultrasound appointment. Some baby drama will help them bond again, so Liam will be pushed back in Steffy’s direction. He’ll think maybe they can get past the betrayal and become a united family. 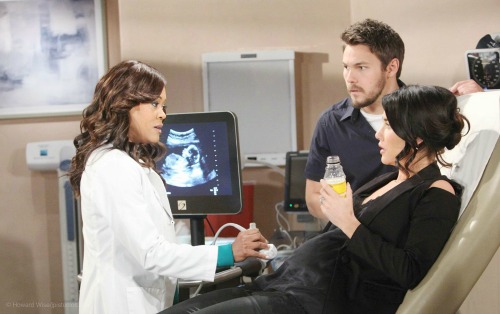 Steffy will be thrilled once things finally start to fall in place. Hope, on the other hand, will believe Liam’s making a huge mistake. She’ll feel like the loser of this love triangle, but it’s not over yet! The Bold and the Beautiful spoilers say Bill’s (Don Diamont) sneakiness will make waves for Liam and Steffy. It won’t take him long to destroy “Steam’s” future.

Wyatt (Darin Brooks) will be used as a pawn in Bill’s wicked plan, so Liam won’t be as suspicious. Some false information will drive Liam back into Hope’s arms. Whether it’s about Bill’s love for Steffy or a phony paternity error, Liam will wash his hands of his wife. It’ll become clear to Liam that Hope’s the only choice. 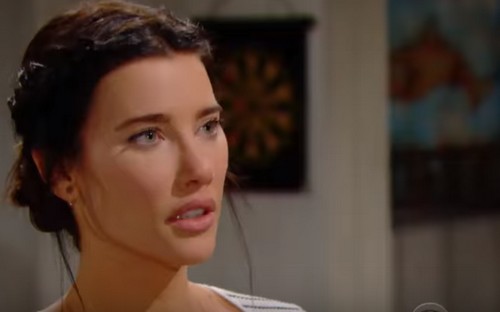 The Bold and the Beautiful spoilers say Liam and Hope will begin the next chapter together. Steffy will be left to wallow in her sorrow alone. That’ll give Bill an opportunity to swoop in and try to win her over. He may make some progress, especially since Hope and Liam will be getting so close.

Of course, Bill’s scheme will be discovered sooner or later. If B&B wants to rev up the angst for Hope, they could make her the one to find out about it. Hope could realize that Liam made his decision because of Bill’s lies.

How would Hope handle that news? Would she tell Liam the truth or stay silent and try to keep him by her side? Either option could lead to a Liam loss. All this could certainly put Hope in a bind, so fans won’t want to miss what’s ahead. We’ll give you updates as other B&B details emerge. Stick with the CBS soap and don’t forget to check CDL often for the latest Bold and the Beautiful spoilers, updates, and news.