BY Kinsley Goldman on May 8, 2018 | Comments: 3 comments
Related : Soap Opera, Spoiler, Television, The Bold and the Beautiful 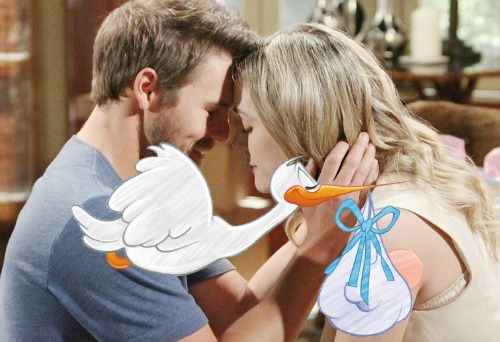 The Bold and the Beautiful (B&B) spoilers tease that more trouble’s brewing for Liam (Scott Clifton). He recently gave up on Steffy (Jacqueline MacInnes Wood) and went all in on his reunion with Hope (Annika Noelle). Liam quickly proposed and later made love to his new fiancée. He now believes he’s committed to Hope and their future together.

Of course, B&B fans don’t buy that for a second. Liam is the king of waffling! He always falls head over heels for a woman and ultimately leaves her for one reason or another. Sometimes Liam just has to follow his heart. Other times he gets judgmental and gives his love interest the boot. Regardless, Liam tends to break hearts and destroy lives. That’s his main job on the CBS soap.

The Bold and the Beautiful spoilers say the truth about Bill’s (Don Diamont) plot will come out eventually. That could be the beginning of the end for Liam and Hope. He might decide to stand by her anyway, but what happens after the baby comes? Liam will inevitably waffle his way back over to Steffy. He won’t be able to resist the pull of a solid family.

However, Steffy won’t stay happy forever either. That’s just not how life works on a daytime drama. Liam could change his mind and end up back with Hope again. In fact, B&B just created an easy opportunity to level the playing field.

Now that Liam and Hope have had sex, why not put another bun in the oven? Let’s think about how this might play out. Liam could discover that Bill manipulated the situation and caused him to dump Steffy. He could battle guilt as he tries to honor his new commitment to Hope.

Then, Steffy will give birth to a beautiful baby girl. Once Liam holds his new daughter and gazes into her eyes, he may realize he can’t stick with Hope. Liam might determine that he has to break things off with her and fix his relationship with Steffy.

Of course, Hope could have some baby news of her own. What would Liam do if she revealed her pregnancy? That’d give him a kid with each member of this love triangle. It’d lead to tension with Steffy and create another pull in the opposite direction. Liam may wonder if he’s meant to be with Hope after all. He could feel like destiny’s still drawing them back together.