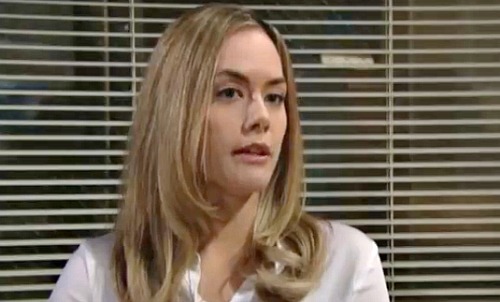 The Bold and the Beautiful (B&B) spoilers reveal that many fans are getting fed up with Hope’s (Annika Noelle) agenda. Is she putting on an innocent act? It’s easy to see how some viewers could think so. Hope has repeatedly assured Steffy (Jacqueline MacInnes Wood) that she supports her marriage to Liam (Scott Clifton). However, her actions tell a different story.

As soon as Hope returned to town, she made herself available to Liam as a confidant. Hope must’ve known they’d grow closer through all those chats. How could they not? The more you talk about deep topics, the more you’re going to connect with somebody. 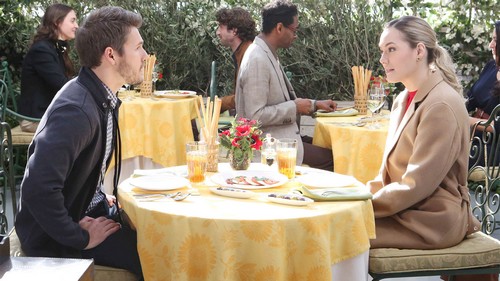 Hope has even dropped hints about how she’d be with Liam if things were different. That could be a sneaky way of setting herself up as an option later. Hope couldn’t just rush to Liam and plead for another chance right away. It’d seem like she was trying to deprive Liam’s daughter of a united family.

Instead, Hope’s playing it cool and slowly inching toward a potential reunion. She’s been wondering if Steffy even deserves Liam after everything she’s put him through. This whole attempt at friendship with Steffy seems a bit forced. Since Steffy and Hope are in love with the same man, it’s tough to believe they could ever be true gal pals. 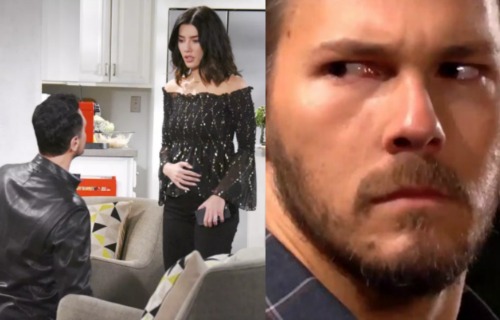 The Bold and the Beautiful spoilers say Hope will drop a bomb on Liam on next week’s new B&B episodes, March 19-23. She’ll fill him in on Bill’s (Don Diamont) proposal to Steffy, so that’s a low blow. This should’ve been Steffy’s news to spill. Steffy suggested she was going to tell Liam before they were interrupted by shooting drama. She should be upset when she finds out about Hope’s loose lips.

Hope might be telling herself that she only cares about Liam’s well-being, but plenty of B&B watchers aren’t buying it. Message boards and social media accounts are full of comments about Hope’s manipulation. Perhaps she’s not so sweet and innocent after all. At least that’s how people are feeling these days!

What’s your opinion on Hope? Do you think she’s genuinely trying to be a friend to Liam and help Steffy out as well? Does Hope want to lock in her own Liam reunion instead? We’ll give you updates as other Bold and the Beautiful details emerge. Stay tuned to B&B and don’t forget to check CDL often for the latest Bold and the Beautiful spoilers, updates and news.