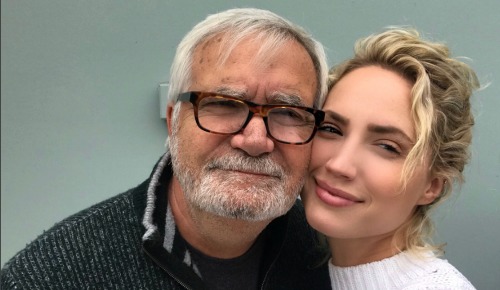 The Bold and the Beautiful spoilers is pleased to pass on some exciting news about the daughter of a popular B&B star. John McCook, who portrays Eric Forrester on the CBS soap, has announced that his daughter Molly McCook is engaged to be married. The proud papa shared the news in the new issue of Soap Opera Digest.

“My youngest is getting married a year from September,” he said. “It’s been a nice year of engagement so far. There was an engagement party with a lot of people at a winery out in Malibu. All of her friends and John – my son-in-law to be is John Krause – had a wonderful time.”

B&B fans may remember Molly McCook, who appeared as Margot on B&B in 2010. She currently portrays Mandy Baxter on the FOX sitcom “Last Man Standing” and will appear on the upcoming Freeform series “Good Trouble.” She has also appeared on various TV series, including Glee, Modern Family, and Monk.

Molly posted a beautiful picture of herself and her fiancé at the time of her engagement party. She wrote: “My world, my missing puzzle piece. Thank you for loving me in a way I never knew existed. Every day I’m reminded that I’m the luckiest human in the world because I get to live my life with you. I can’t WAIT to marry you.”

Molly’s husband-to-be John Krause is an actor as well. He has appeared in the TV series “His Wives And Daughters” and “The Hunted: Encore.”

Our congratulations go to John McCook, and to his daughter and future son-in-law. Stay tuned to the CBS soap and don’t forget to check CDL often for the latest Bold and the Beautiful spoilers, updates, and news.

Today, we stood in the very place we are going to say our vows next year. I love you 💍💕