The Bold and the Beautiful Spoilers: Justin Reacts Like a Lawyer – Wyatt Was Unconscious and Didn’t Shoot Bill 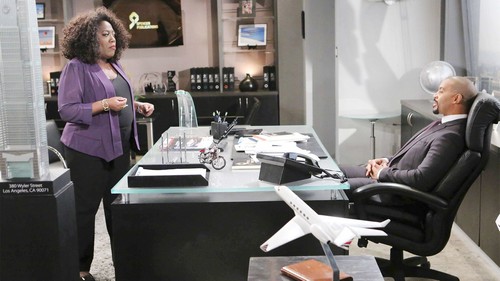 The Bold and the Beautiful spoilers report that Justin (Aaron Spears) got into it with Wyatt (Darin Brooks). After being accused of shooting his best friend, Mr. Barber challenged one of Bill’s son’s. While alcohol doesn’t give Wyatt a good alibi, it does remove him from the suspect’s list within the minds of various B&B viewers.

Wyatt went to Spencer Publications intending on filling his dad’s role after visiting him in the hospital. He arrived in the office where Sky’s shot-through model sits and found Justin sitting in Bill’s cushy leather chair.

Justin was asked if he’d visited Bill since the shooting and replied that Dollar would want him right where he was. Barrister Barber believes that Bill signed the paperwork which removed Wyatt and his brother Liam (Scott Clifton) as heirs.

But Justin doesn’t actually know if Bill signed said legal documents since the authorities are holding them as part of the investigation into Bill’s shooting. He’s playing off Wyatt’s (and Liam’s) lack of knowledge in this regard, which allows him to put his feet on the Chief Executive Officer’s desk. 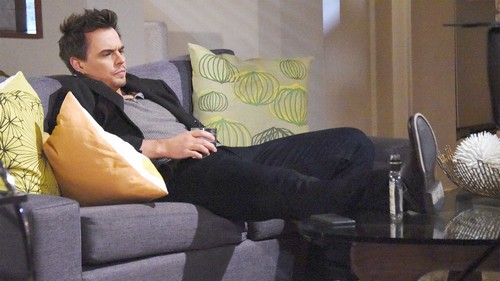 After Wyatt asked Justin about Bill, he suggested that his father’s lawyer may have pulled the trigger. Justin then shot back (the phrase fits here, accept it) that Wyatt had a motive to put a hole in his father’s chest.

Crisis bring out the best in people, right? Well, that is true for functional family members and legitimate friends.

The Spencer clan is hardly normal, except by B&B standards. As for Justin, well, readers are surely familiar with people who are paid to think deviously for a living. They are often called lawyers, behind their backs and in front of their faces at the cost of hundreds of dishonestly earned dollars a billable hour.

It’s this scribe’s best bet that Wyatt was so stone cold drunk that he never woke up after passing out on Katie’s (Heather Tom) couch. He doesn’t actually recall what happened after the black out and has been acting weirdly ever since. Wyatt is slightly wondering if he did the deed because he doesn’t remember what happened.

But B&B’s version of Johnny Depp (he does look somewhat like him) couldn’t possibly have made his way over to Bill’s and then held that golden gun steady enough to hit the target. He didn’t do it.

Justin is Bill’s friend. He also is enjoying the trappings of power. But, like Wyatt, he isn’t the attempted killer. Justin was waiting for everything to play out so that he could get his piece of the Spencer pie someday. He didn’t strive toward that goal through use of a bullet either.