BY Heather Hughes on February 5, 2018 | Comments: one comment
Related : Soap Opera, Spoiler, Television, The Bold and the Beautiful 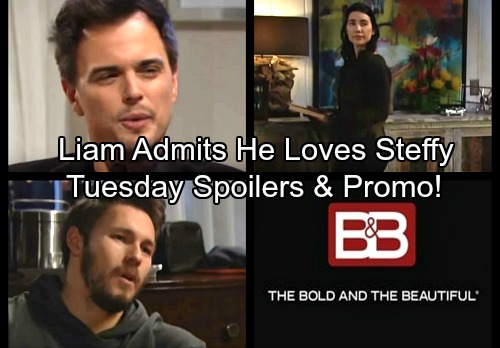 The Bold and the Beautiful (B&B) spoilers for Tuesday, February 6, tease that Liam (Scott Clifton) will open up to Hope (Annika Noelle). It’s clear that he feels quite comfortable around her. Liam will suggest that he’s been coping as best as he can. He wants to keep things civil with Steffy (Jacqueline MacInnes Wood) for the sake of their child.

Liam will admit he still cares about Steffy, but it’s all been too much. He’ll think the worst part is he can never truly get past this. Liam will always remember the pain of finding out Steffy and Bill (Don Diamont) slept together. It’s permanently altered his view and there’s nothing he can do about that.

Hope will vow to be there for Liam anytime. She won’t want him to feel alone during this crisis. Hope might even imply that Liam has other options if he decides to move on. It’s obvious that Hope wants Liam back in her life as more than just a friend.

Katie will probably argue that she’s not ready to go public and she doesn’t want to steal the show at the “Bridge” nuptials. This isn’t the time or place to share huge news. Wyatt will wonder if there’s more to the story. He’ll ask if there’s another reason Katie doesn’t want him to attend. Of course, B&B fans know there most certainly is. 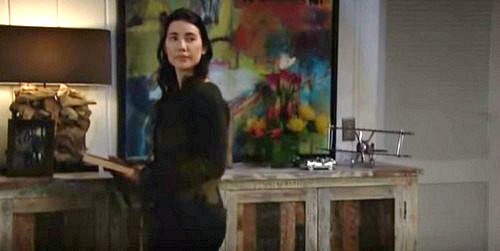 Thorne (Ingo Rademacher) has been flirting like crazy, so Katie’s looking forward to another round of it. Nevertheless, Katie will brush off Wyatt’s suspicions and suggest this is no biggie. She’ll push Wyatt to chill out and let it go.

Across town, Brooke and Ridge will take a walk down memory lane. The Bold and the Beautiful spoilers say they’ll remember all the sweet moments in their history together. As they prepare to wed, they’ll take a look back before looking to the future.