BY Sean O'Brien on April 10, 2018 | Comments: one comment
Related : Soap Opera, Spoiler, Television, The Bold and the Beautiful 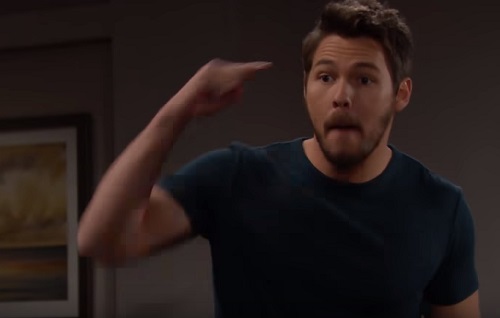 The Bold and the Beautiful spoilers tease that Liam (Scott Clifton) won’t be able to avoid Bill’s (Don Diamont) offer. Freedom will persist if Steffy (Jacqueline MacInnes Wood) is relinquished. Bill’s request came via a cold calculation made with past circumstances in mind.

After initially sleeping with Steffy, Liam’s father realized a mistake was made. However, Bill anticipated Leffy’s split at the time and had his private jet gassed and ready for takeoff.

While Steffy willingly consented to their infamous hours of passion in the Forrester guest house, she regretted her actions the moment she woke up aside of Dollar Bill. She’s never considered leaving Liam for him since then, but that recognized reality hasn’t stopped Bill from continuing his pursuit.

Voice interactive remote, skip ahead to just before Bill was shot. There kneels Diamont in front of MacInnes at the cliff house. Viewers weren’t shown Clifton peering through the side window at the front door at the time, but he was there. Shift to character talk. The shock of seeing Bill proposing to Steffy caused Liam to step back, trip, fall backwards and hit his head, hard, on a rock. 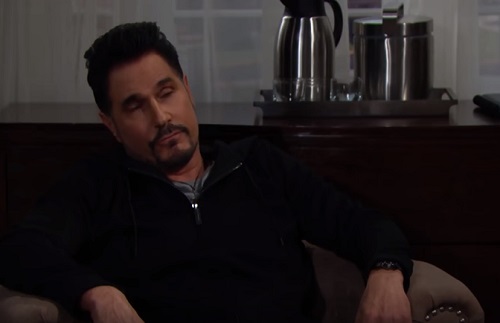 Some people might have been killed, or badly cut. But not Liam. No. Instead, his alter ego was quite literally jarred awake like some type of Dark Shadows’ monster.

Aside nod to the most unique broadcast network daytime drama of all-time. Unfamiliar readers, search Passions, or better yet, think Stranger Things as a soap. Then subtract 50 years. Bill Spencer is Barnabas (Jonathan Frid) on B&B to a certain degree.

Time shift (another DS wink) to Liam’s realization that he shot his father while acting in a dream-like state. He admitted the truth to Bill, who took it in stride. That odd reaction was then followed by father and son having a one-on-one in Liam’s hideout hotel room.

Bill knows that Hope (Annika Noelle) loves Liam and that they predate Leffy. Bill is also calculating that his son will choose to retain access to his forthcoming daughter and relinquish a woman, Steffy, who he claims to no longer trust.

Yes, Liam did want to turn himself into the authorities. But given time to think, Bill believes that Liam will realize prison will deny him access to his daughter. Since Liam doesn’t want to be with Steffy any longer, why not make that clear by forming a relationship with Hope?

Doing so would give his dad a clear shot (a purposeful noun choice) at Steffy. Bill believes that, in time, Steffy would give into him again.

Looks like Bill is giving Liam one choice. What do you think he will choose? #BoldandBeautiful pic.twitter.com/znHLerGbYa