The Bold and the Beautiful Spoilers: Tuesday, April 10 – Bill’s Blackmail Leaves Liam With Dilemma – Hope and Steffy’s War Revs Up 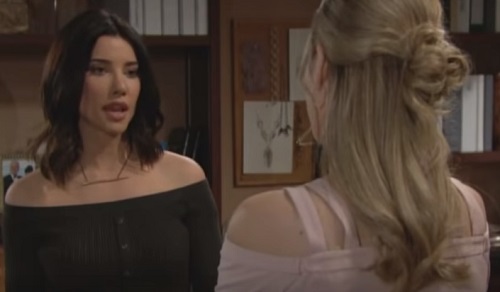 The Bold and the Beautiful (B&B) spoilers for Tuesday, April 10, tease that Thorne (Ingo Rademacher) will continue his efforts to rattle Katie (Heather Tom). He’s obviously trying to spark some fears and a breakup. Thorne will once again bring up Will (Zane Achor) and the possibility of Katie losing him to Bill (Don Diamont). He just won’t think her engagement to Wyatt (Darin Brooks) is worth it.

Katie will try to stay strong, but her concerns will definitely grow thanks to Thorne. She’ll make a tough decision later this week, so bad news may be headed Wyatt’s way. In the meantime, Wyatt will do his best to be optimistic about the future. He desperately wants to marry Katie and start a life together. Since Bill nearly died, Wyatt will hope that shifted his father’s perspective a bit.

Unfortunately, Bill hasn’t really changed at all. He’ll deliver his criticism in a calmer manner, but his message will be the same. Bill intends to make Wyatt miserable if this marriage moves forward. That’s just something Wyatt will have to deal with if he ties the knot with Katie. This is mess is bound to get even more complicated, so stay tuned for all the drama. 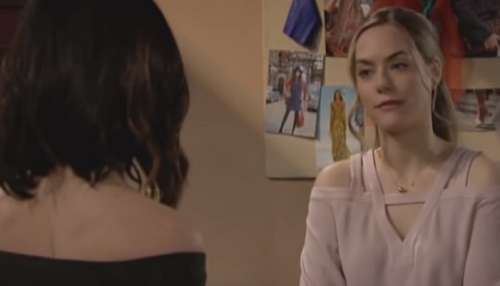 Elsewhere, Steffy (Jacqueline MacInnes Wood) and Hope’s (Annika Noelle) confrontation will heat up. The Bold and the Beautiful spoilers say Steffy will be tired of Hope’s mind games. She’ll argue that her rival got in Liam’s head, but Hope will fire back that he’s his own man. It’s clear that the war is on!

Hope will declare that she has no power over what Liam feels or does. She’ll think Steffy should be willing to let Liam follow his heart. Of course, Bill has suddenly become the main manipulator in this situation. He’ll put more pressure on Liam in Tuesday’s B&B episode.

Liam will be appalled by the deal Bill’s hinting at. He’ll snap that he gets his freedom and Bill gets his wife. However, Liam already suggested that Steffy should be with Bill. He probably just doesn’t like being forced into this by his own father. It sounds like Bill’s blackmail may be the real issue here.

Looks like Bill is giving Liam one choice. What do you think he will choose? #BoldandBeautiful pic.twitter.com/znHLerGbYa