The Bold and the Beautiful Spoilers: Liam Fights Fire with Fire, Plots Against Steffy and Bill – Hope Stunned by Liam’s Dark Side

BY Kinsley Goldman on August 1, 2018 | Comments: one comment
Related : Soap Opera, Spoiler, Television, The Bold and the Beautiful 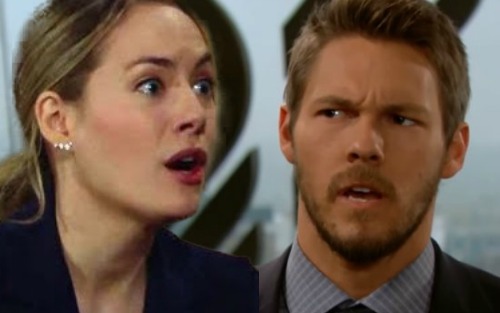 The Bold and the Beautiful (B&B) spoilers tease that Liam (Scott Clifton) may fight fire with fire. He recently warned Ridge (Thorsten Kaye) that Steffy’s (Jacqueline MacInnes Wood) changed. Something inside her snapped when she saw Liam kissing Hope (Annika Noelle). She turned to the dark side and doesn’t plan to look back.

Steffy feels like it’s time to do what’s right for her. She knows she screwed up by sleeping with Bill (Scott Clifton), but that shouldn’t give Liam a free pass forever. Steffy’s taking charge of her own destiny, so Liam and Hope had better watch out!

B&B spoilers say Steffy will soon play hardball at Forrester Creations. She’ll stun “Lope” with some low blows and fully enjoy her reign of terror. Of course, Bill (Don Diamont) will do his best to keep Liam away from Kelly. He’ll make sure Liam feels like a father on the outside.

Will all this push Liam to the edge? At some point, Liam may determine that he has to fight back. If Steffy won’t listen, Liam may have to do something drastic. He just might turn to the dark side as well, which could cause even more problems.

Liam’s known as the Dudley Do-Right of The Bold and the Beautiful. He makes loads of mistakes, but he knows right from wrong. Liam doesn’t always follow his own moral standards, but he definitely has them. Bill, on the other hand, has none at all.

As Steffy drives him to his breaking point, Liam may throw his usual morals out the window. He may decide to hurt Steffy like she hurt him. Let’s face it: Liam’s kiss with Hope was nowhere near as bad as Steffy’s hookup with Bill. Even Liam’s near-death lip lock with Sally (Courtney Hope) couldn’t compete.

Steffy slept with her own father-in-law, destroyed her marriage and now she’s marrying the man she cheated with. It doesn’t get any soapier than that! Liam certainly isn’t blameless in all this, but he shouldn’t be blamed for fighting back either.

Perhaps Liam will go after full custody and potentially destroy “Still.” If so, Liam could be taking a huge risk. Bill is a formidable foe who knows how to retaliate. If Liam ruins his dad’s happiness, there’s no predicting how far Bill will go for revenge.

Liam could also alienate Steffy completely and spoil things for innocent Kelly. He could even lose Hope if he goes off the deep end. Soon enough, Hope may not recognize the kind man she fell for. Will Liam head down a dangerous path?

The Bold and the beautiful spoilers say Liam may end up making a bigger mess, so stay tuned for major drama. We’ll give you updates as other B&B news comes in. Stick with the CBS soap and don’t forget to check CDL often for the latest Bold and the Beautiful spoilers, updates, and news.