The Bold and the Beautiful Spoilers: Liam Turns Himself In, Sets Good Example for Daughter 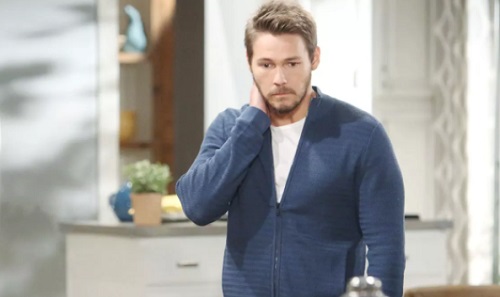 The Bold and the Beautiful (B&B) spoilers tease that Liam (Scott Clifton) will face a difficult choice. There’s no way Bill’s (Don Diamont) going to give up Steffy (Jacqueline MacInnes Wood) without a fight. He believes they’re meant to be together and he’s willing to do just about anything to make it happen.

That includes turning his own son into the cops if need be! Bill’s obviously ruthless enough to sell Liam out. B&B fans know Liam was appalled when he realized what Bill was suggesting. If Liam doesn’t let Steffy go, he could lose his freedom. It sounds like Liam will definitely wrestle with his thoughts over the next few weeks.

Liam was deeply hurt over Steffy’s betrayal, but the idea of Bill winning like this doesn’t sit right with him. Steffy choosing Bill is one thing. Liam being forced to walk away is quite another. It just proves that Bill’s never really going to change. If nearly dying can’t spark some soul-searching, nothing will.

Bill will undoubtedly rev up the pressure as this storyline heats up. Of course, getting Liam out of the way is only step one of Bill’s battle. He’ll still have to worry about winning Steffy over. Nevertheless, Bill is clearly the cockiest person on The Bold and the Beautiful. He’ll be confident that he can make Steffy fall madly in love with him. 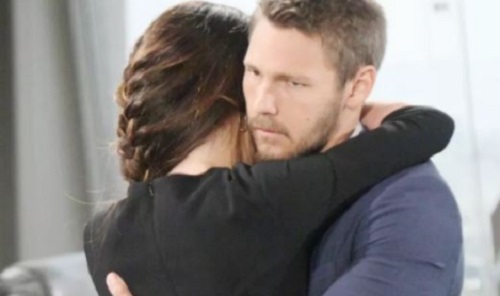 In fact, Bill seems to think Steffy’s already denying her true feelings. Once she’s forced to give up on Liam, Bill will hope that everything will fall into place. He’ll expect Steffy to cave in and marry him. Bill may face a tougher fight than he ever anticipated, but that may not be the only obstacle headed his way.

Let’s say Liam surrenders and chooses his freedom over Steffy. He could move on with Hope, but will the baby’s arrival change anything? Once Liam looks in his daughter’s eyes and sees Steffy rocking it as a mom, he may want her back. Liam might argue that he can’t stand by and watch Bill steal his dream.

Bill could easily vow to follow through on his threat, but Liam might beat him to it. He could insist that he needs to set a good example for his little girl. Liam could turn himself in and take responsibility for his actions. It’s the right thing to do and it would eliminate Bill’s power over him.

At the time of the attempted murder, Liam had a head injury that altered his way of thinking. That could help get him off the hook. Besides, no regular cast member stays in jail for long. Liam would surely beat the charges and finally get the “Steam” romance back on track.

Do you think things will play out like this? Will Liam and Steffy be together in the end? The Bold and the Beautiful spoilers say these two still have a shot at making it work. We’ll give you updates as other B&B news comes in. Stick with the CBS soap and don’t forget to check CDL often for the latest Bold and the Beautiful spoilers, updates and news.

Be prepared for a surprise in tomorrow’s episode…You won’t want to miss it! #BoldandBeautiful pic.twitter.com/78VA3cVI2S