BY Sean O'Brien on May 23, 2018 | Comments: 2 comments
Related : Soap Opera, Spoiler, Television, The Bold and the Beautiful 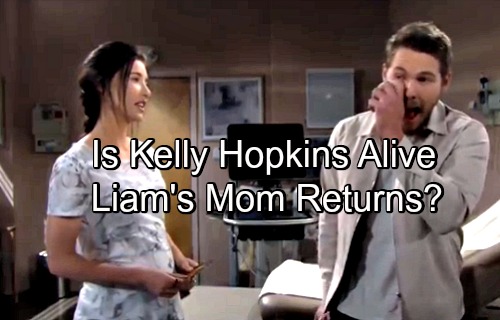 Brooke (Katherine Kelly Lang) has pressed, hard, for her daughter to marry Liam immediately for a good reason. She knows that Steffy still holds significant power. Hope knows that as well, which is why she went along with the pop-up wedding plan.

However, Liam was overwhelmed when Steffy said that she wanted to name their forthcoming daughter Kelly. That was the first name of Liam’s departed mom who was never seen on B&B. That character was said to have passed on before Clifton’s character was written into the show at the start of this decade. 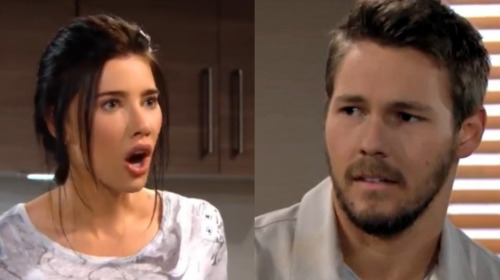 Steffy didn’t expect to see her just-annulled husband at her doctor’s appointment. But he came, which reconfirmed his commitment to their child, if not necessarily to Steam.

Liam and Steffy were arguing prior to Dr. Phillips’ (Robin Givens) arrival. Of course that banter centered on the ever-inscrutable Bill Spencer (Don Diamont). Liam was telling his ex-wife that he was aware that she was with his dad. Givens’ character heard their loud voices prior to entering the room and advised both parties that stress wasn’t good for the baby.

The checkup went well and the former Steam’s feelings were assuaged. Dr. Phillips departed and Steffy let Liam know what she’s recently been thinking about. 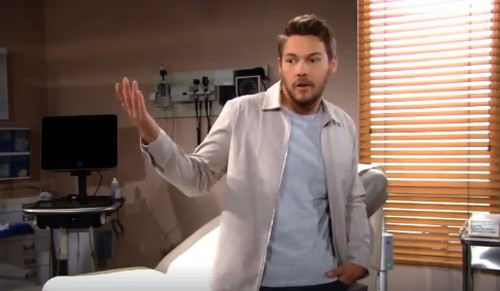 Liam was surprised to learn that Steffy had been focused on his mother, Kelly Hopkins. All soap fans worth their salt realize that Liam’s mom could be alive. The circumstances surrounding her death weren’t mysterious. Why couldn’t she have sent Liam to Los Angeles in search of his father and still have lived, even though Liam thought she passed?

Tenured B&B fans know that Bill and Thorne (as then played by Winsor Harmon) were in the running to be Liam’s dad. Kelly had relations with both men, Bill initially rejected the winning genetic bid and the rest became soapy history. 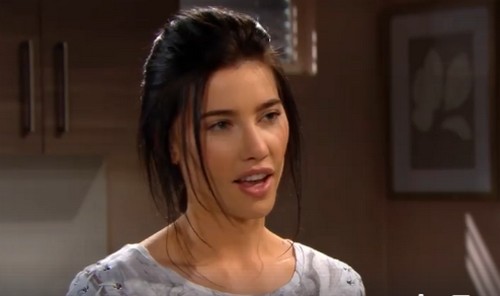 It would be deeply intriguing to see Kelly Hopkins reappear before, during, or shortly after Kelly’s Spencer’s birth. Liam needs the guidance of his mother and that woman, more than any other, could convince him that Bill, not Steffy, is the cause of his misery.

Here’s hoping Steam reconciles, for the good of Kelly and of themselves. If that also includes Miss Hopkins’ write-in, then all the better. CDL is a leading source for everything linked to The Bold and the Beautiful. Check back regularly for B&B spoilers and news!