The Bold and the Beautiful Spoilers: Monday, January 22 – Ridge Vows to Kill Bill – Liam and Hope Admit They Are Still In Love

BY Kinsley Goldman on January 19, 2018 | Comments: one comment
Related : Soap Opera, Spoiler, Television, The Bold and the Beautiful 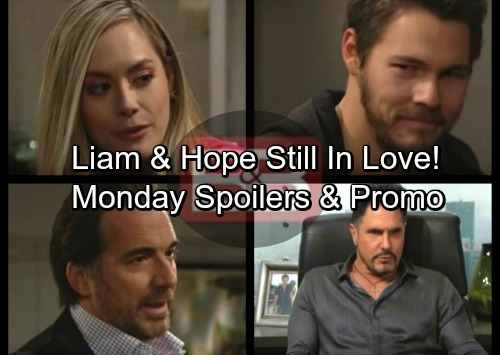 The Bold and the Beautiful (B&B) spoilers for Monday, January 22, tease that Ridge (Thorsten Kaye) will shut down Steffy’s (Jacqueline MacInnes Wood) attempts to defend Bill (Don Diamont). Bill’s part of this betrayal was wrong, but so was Steffy’s. She’ll promise that she wasn’t forced into sex, but Ridge won’t see it that way. He’ll argue that Steffy was too vulnerable to fight Bill off that night.

Ridge will declare that Bill took advantage of Steffy and he’s going to kill him. The Bold and the Beautiful spoilers say Steffy will grow concerned about Ridge’s plans. She knew Ridge would be outraged, but she hoped she could explain how it all went down.

Instead, Ridge’s just believing what he wants to believe. Despite Steffy’s desperate pleas, Ridge will march out that door and over to Bill’s office. B&B fans will want to grab some popcorn because this is sure to be the brawl of the century. When Bill sees the look in Ridge’s eyes, he should know exactly what the reason for this visit is.

Meanwhile, Liam (Scott Clifton) will face some emotional moments. He’s in a dark place thanks to everything that happened with Steffy. Hope’s (Annika Noelle) arrival will leave Liam a little misty as well. He’ll get choked up as he admits that he missed her. Hope will give Liam a sweet look and confess that she missed him, too. 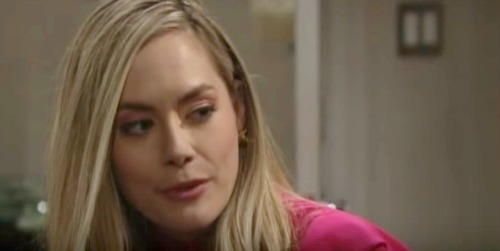 Liam will grow closer to Hope as she talks about her new goals. She’ll discuss how she changed during her time away from Los Angeles. Hope overcame some challenges and now she’s ready to take charge of her life. Liam will appreciate Hope’s fighting spirit. He certainly doesn’t have much fight left in him right now, but Hope will do her best to cheer him up.

The Bold and the Beautiful spoilers say Liam and Hope’s renewed friendship could turn into more. Sally (Courtney Hope) will need to act fast if she wants to derail this reunion. As for Bill, he’ll hope everything will go his way once Liam cools off, but he should really be afraid of his son. It won’t be long until Liam seeks revenge!

B&B viewers won’t want to miss all the jaw-dropping action. We’ll give you updates as other news comes in. Stick with the CBS soap and don’t forget to check CDL often for the latest Bold and the Beautiful spoilers, updates and news.