The Bold and the Beautiful Spoilers: Mysterious Zoe Arrives, Spies on Xander and Emma – Secrets and Shockers Bring Chaos

BY Heather Hughes on July 5, 2018 | Comments: one comment
Related : Soap Opera, Spoiler, Television, The Bold and the Beautiful 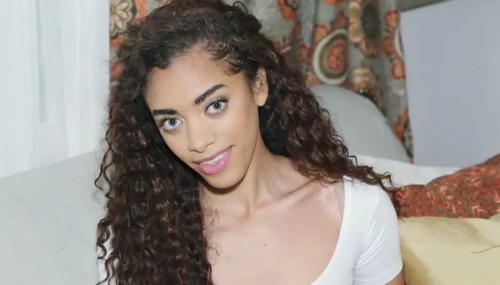 The Bold and the Beautiful (B&B) spoilers tease that Xander (Adain Bradley) will have a confession to make. Next week, he’ll most likely show off his true accent. Xander should let his British side out and catch Emma (Nia Sioux) by surprise. Once the shock wears off, she’ll hopefully brush it off as nothing. This isn’t really a big deal, so Xander and Emma’s romance should keep moving right along.

However, that isn’t the only secret Xander’s been hiding. He’s clearly trying to distance himself from his old life, but why? A mysterious woman might be able to fill us in soon. We’re learning more about Kiara Barnes’ upcoming arrival as Zoe, so let’s talk about all the new details.

The Bold and the Beautiful spoilers say Zoe will make her debut on Monday, July 9. She’ll come to town with a secret agenda and it looks like it involves Xander. Zoe will spy on him as he chats with Emma, so she may be his jealous ex. Perhaps things went south in their relationship before he came to Los Angeles.

If Zoe was willing to chase after Xander, she’s obviously one determined individual. Emma could have real competition for Xander’s heart. Zoe may have a lengthy history with Xander on her side. She may also know a few tidbits she can use to her advantage. It sounds like a new love triangle is brewing, so that should heat up this summer storyline.

It’s worth mentioning that Barnes is on contract, so Zoe will be a series regular. B&B must have something exciting in store for her. The Bold and the Beautiful may not reveal too much about Zoe’s past with Xander at first. Secrets tend to trickle out little by little on soaps. Then, a major bomb drops and chaos erupts. That may be what B&B has in mind this time around, too.

The Bold and the Beautiful fans won’t want to miss Barnes’ first episode as Zoe. Are you anxious so see what she brings to the table? We’ll give you updates as other news comes in. Stay tuned to the CBS soap and don’t forget to check CDL often for the latest Bold and the Beautiful spoilers, updates, and news.