The Bold and the Beautiful Spoilers: Steffy Sabotages Herself – Liam Couples Up With Drama-Free Hope

BY Heather Hughes on February 20, 2018 | Comments: one comment
Related : Soap Opera, Spoiler, Television, The Bold and the Beautiful 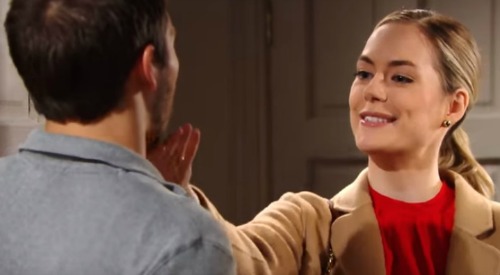 The Bold and the Beautiful (B&B) spoilers tease that Steffy (Jacqueline MacInnes Wood) will become increasingly fearful. She feels like she’s making a little progress with Liam (Scott Clifton), but she’ll worry that Hope (Annika Noelle) could throw off her plans. Hope insists that she’s rooting for Steffy and Liam to make it work, but her deep feelings could certainly throw “Steam” a curveball.

Next week, February 26-March 2, Steffy’s concerns will grow stronger. She may confront Hope about her intentions once again. Of course, Hope will probably suggest that she’s still in Steffy’s corner. As long as there’s a chance for Liam and Steffy to make things work, Hope will try to cheer them on.

However, Steffy knows Hope can’t hold out forever. What happens if Hope starts to believe “Steam” is over for good? She loves Liam and she’s only human. It may not be long until Hope abandons this martyr mentality. She certainly won’t stay away if she believes Liam has turned against Steffy forever.

The Bold and the Beautiful spoilers say Hope and Liam’s friendship will continue to bloom. They’ve really started bonding again since Hope’s been back in town. Liam and Hope have the same set of morals. He can’t stop himself from comparing betraying Steffy to the blonde sweetheart. Right now, Liam’s drawn to the ease of being around Hope and that’ll be important in the weeks ahead. 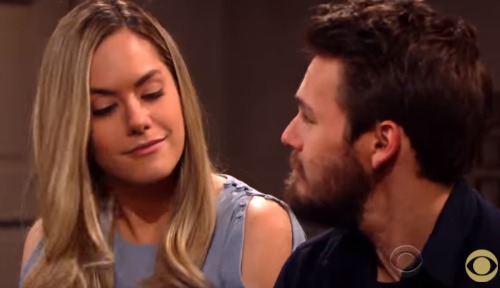 Naturally, Steffy will panic if she feels like Liam’s slipping away. She may make some risky moves to prevent Hope and Liam’s reunion. Unfortunately, that could make her own chances of being with Liam even worse.

B&B fans know that Liam won’t stand for dirty tricks or actions he considers hurtful. If Steffy targets Hope in any way, it could blow up in her face. The Bold and the Beautiful spoilers say this love triangle is far from over. Steffy still has the baby advantage, but don’t dismiss Hope just yet. Even if Hope can’t win Liam over entirely, they could still have a short-lived fling and drive Steffy up the wall!

It looks like some great drama’s in the works. We’ll give you updates as other B&B news comes in. Stay tuned to the CBS soap and don’t forget to check CDL often for the latest Bold and the Beautiful spoilers, updates and news.