The Bold and the Beautiful Spoilers: Surprising Exit Shakes Up B&B – See Who’s Leaving and If They’ll Be Back 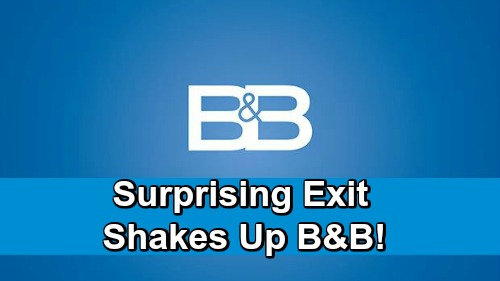 However, B&B intends to shift the focus within the group instead. Xander (Adain Bradley) was once at the center of a love triangle with Emma (Nia Sioux) and Zoe, but Zoe ultimately won out. Now that Reese is in town, Zoe may have her hands full. She’ll undoubtedly be concentrating on her career and trying to deal with her overbearing dad.

It’s a good thing Zoe will be busy because her love interest is headed out of the picture. The Bold and the Beautiful spoilers say Xander will be off screen for a while. Adain Bradley shared the news in an Instagram video and offered his gratitude to everyone who’s supported him. Xander will be back sometime next year, but his new film will be his priority in the meantime.

“I just wanted to say that this is my final day this year shooting. I’m done,” Bradley revealed. He talked about how crazy things have been since he joined the cast and we’re assuming he means crazy in a good way! Working on soaps can be a wild ride, but Bradley seems to be appreciative of the work he’s had a chance to do.

Bradley finished off his video by saying thanks to the fans and promising that Xander would return. “I just wanted to tell everybody thank you and there’s more coming next year, but I’m gonna go and shoot this movie real quick,” Bradley said. It’s great that Bradley scored a new role he’s excited about, so we’re all rooting for him to make this film a success.

Of course, we have to wonder how the show will handle Xander’s exit. They could go with something simple like having Xander visit his family and friends in England. He’s surely missing some of them by now.

If B&B wanted something more dramatic, a fight with Zoe might send Xander packing. That might be something for Reese and Zoe to bond over. He could help his daughter through the heartache of being dumped again. Then, Xander could come back and potentially make amends.

Quick message. The year’s not over but thank to everyone! Let’s go shoot this movie!!! @boldandbeautifulcbs