BY Sean O'Brien on February 5, 2018 | Comments: one comment
Related : Soap Opera, Spoiler, Television, The Bold and the Beautiful 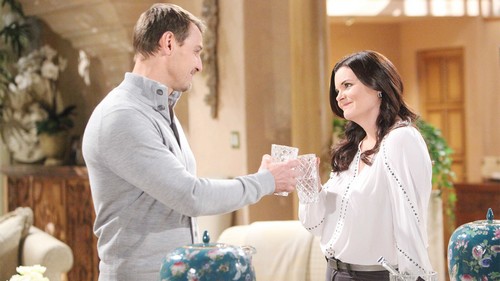 The Bold and the Beautiful spoilers document that Thorne (Ingo Rademacher) is aggressively seeking a romantic partner. He wanted Brooke (Katherine Kelly Lang), but she opted for Ridge (Thorsten Kaye). Considering Katie’s (Heather Tom) openness to her sister’s ex-husband, the possibility of Korne, or Thatie if one prefers, is real and intriguing.

Initially, it appeared as though Thorne would battle his brother for Brooke’s hand. But that family skirmish never materialized, as Logan fell back in love with Ridge. Her bolt from Bill (Don Diamont) resulted in Kaye’s character pushing for his many-time wife to wear his ring again, which she quickly agreed to do.

Katie had been involved with Wyatt (Darin Brooks) on the sly for months. More recently some people, including Brooke, became or were made aware of her love interest. 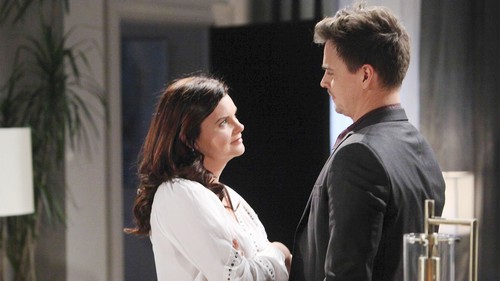 The problem with going public is that Bill would learn that his ex-wife and the mother of his son is connected to one of his other son’s, Wyatt. Katie doesn’t want to face that flack and so she’s decided to keep her still-burgeoning relationship mostly hidden. But unwanted limitations, for both Katie and Wyatt, accompany that stance.

As for Wyatt, he fears how his dad will react. Bill became involved in a blood feud with Liam (Scott Clifton), as all B&B fans know. That was based, in part, on Bill’s claimed belief in family loyalty. The Dollar Still reveal revealed Bill as a total hypocrite, but that issue isn’t the main emphasis of this article. 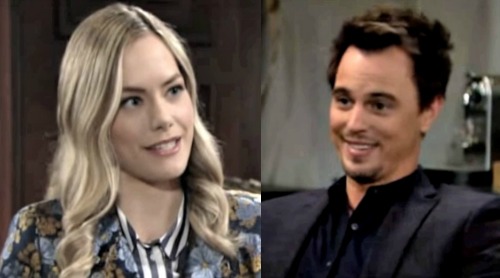 The current arrangement Katie has with Wyatt wouldn’t resemble the dynamic that would exist if she begins seeing Thorne. Although, as Katie knows, her connection to Wyatt doesn’t involve strings. So she could conceivably add Thorne to the rotation, without having to subtract Wyatt.

Wyatt said hello to the returned, recast Hope (Annika Noelle) recently. That past flame could surely burn again, assuming that Liam doesn’t choose her instead of Sally (Courtney Hope), which assumes Steffy (Jacqueline MacInnes Wood) remains out of the running.

Moving through February, Katie and Wyatt will consider, or potentially explore their options. They might become an exclusive couple, meaning each person will choose to reject new options. One member of this duo could bolt, or try to maintain Watie while also exploring other people.

This pairing took hold last summer. While chemistry classes have been terrific, the lack of an extended, shared history means that Watie might not last. CDL is a leading source for everything linked to The Bold and the Beautiful. Check back regularly for B&B spoilers and news!