BY Heather Hughes on January 31, 2018 | Comments: one comment
Related : Soap Opera, Spoiler, Television, The Bold and the Beautiful 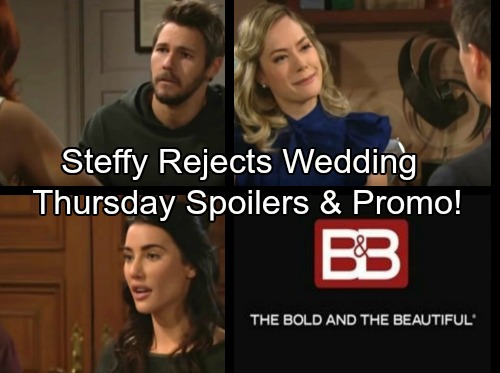 The Bold and the Beautiful (B&B) spoilers for Thursday, February 1, tease that Sally (Courtney Hope) will stop by to see Liam (Scott Clifton) again. She’s not giving up on her goal of winning him over. Before they get down to the nitty-gritty, Liam will ask how things are going at Spectra. Sally may suggest that they’re hanging in there and trying to focus on the future.

Liam will feel like a failure since his Spectra efforts didn’t pan out. He’ll hate that he couldn’t keep his promise to help Sally rebuild. Of course, Sally won’t want Liam to worry about that. She’ll suggest that he did more than enough. Sally will just want Liam to get his own life back on track. He’s been a real mess during all the fallout with Steffy (Jacqueline MacInnes Wood). 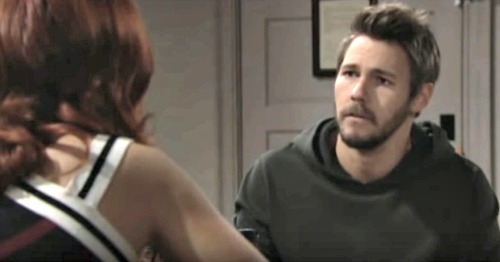 The Bold and the Beautiful spoilers say Sally will hope she can support Liam. She’ll think he should lean on her and try to move on. Sally will make her feelings for Liam quite clear. She’ll do everything she can to show Liam that she’s a lovely, stable option.

Across town, Ridge (Thorsten Kaye) will tell Steffy about his rushed wedding plans. He’ll let her know that they moved the date up and expect Steffy to attend. Ridge and Brooke (Katherine Kelly Lang) want to serve as shining examples of forgiveness. 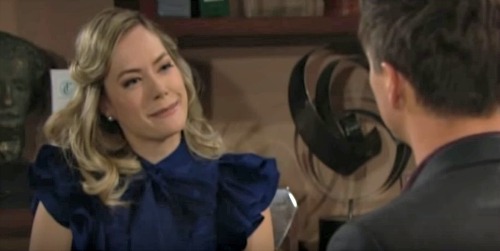 Unfortunately, Steffy won’t be interested in watching them recommit. B&B spoilers state that Steffy will decline the invitation and offer an apology. She’ll think it’s great that Ridge wants his wedding to bring the family together, but she’ll respectfully opt out. Witnessing the joyful nuptials would be too painful right now.

Elsewhere, Hope (Annika Noelle) will bump into Wyatt (Darin Brooks). They’ll start an uncomfortable chat, but it appears they’ll loosen up after a while. Viewers will be anxious to see Brooks and Noelle’s chemistry. If it’s solid, perhaps a Wyatt and Hope reunion could happen down the road.