BY Heather Hughes on May 16, 2018 | Comments: one comment
Related : Soap Opera, Spoiler, Television, The Bold and the Beautiful 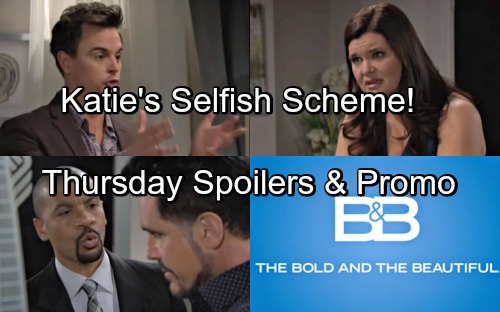 The Bold and the Beautiful (B&B) spoilers for Thursday, May 17, tease that Justin (Aaron D. Spears) will give Bill (Don Diamont) a warning. Now that Wyatt (Darin Brooks) knows the truth, Justin will think Bill’s plan is wrecked. He’ll suggest it’s only a matter of time until the deception news gets to Steffy (Jacqueline MacInnes Wood) and Liam (Scott Clifton).

Bill will insist that he took care of it, but Justin won’t be so sure. He’ll wonder what’ll happen if Bill’s gone to such great lengths for nothing. Justin will undoubtedly think Bill should come clean and be done with it. He’ll probably warn Bill about putting too much faith in Wyatt, but the sneaky Spencer won’t throw in the towel just yet. 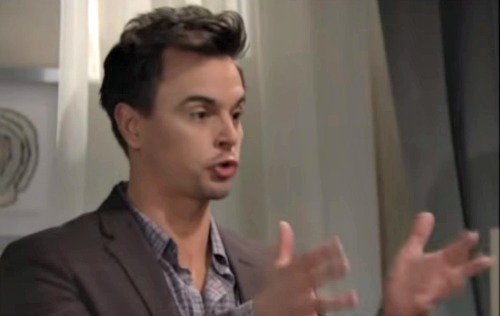 Meanwhile, Wyatt will shock Katie (Heather Tom) with some important updates. He’ll fill her in on Bill’s scheme and how it drove Liam into Hope’s (Annika Noelle) arms. Katie will admit she heard about Hope and Liam’s engagement. She’ll be stunned to learn Bill’s the reason they got back together.

Wyatt will rant about the chaos that surrounds Bill. There’s always some plot cooking up or lies being told. Wyatt will shout that every time he starts to trust his father, Bill does something else and completely blows it. B&B fans know that’s not an exaggeration. Bill constantly disappoints the people who care about him. 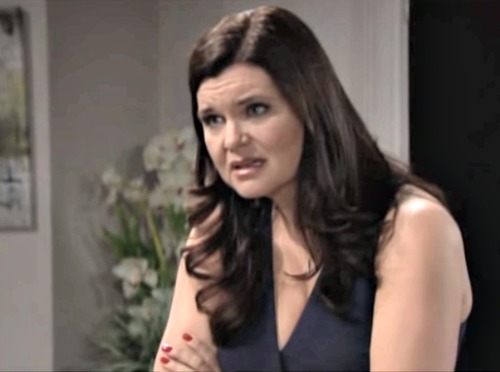 Wyatt will admit there are plenty of benefits to staying silent. Bill has presented some tempting offers, but how can Wyatt knowingly play a role in the “Steam” drama? He’ll decide he has to make a confession, but Katie will urge him to reconsider. She’ll make a surprising pitch in Thursday’s new B&B episode, May 17.

The Bold and the Beautiful spoilers say Katie will think an agreement can be reached. She’ll want Wyatt to go back to Bill and drive a hard bargain. Katie may dangle their own engagement in front of him. If Wyatt proposes the right deal, this could be “Watie’s” ticket to tying the knot. 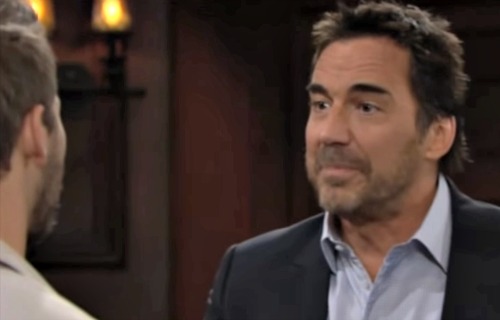 Over with Ridge (Thorsten Kaye), he’ll encourage Liam to see through Bill’s manipulation. Ridge will assure Liam that Steffy’s devoted to him and wants a united family. The Bold and the Beautiful spoilers say Liam will refuse to back down on his reunion with Hope, so Ridge will be out of luck for now.

It sounds like Steffy’s suffering will get worse before it gets better. We’ll keep you posted as other B&B details emerge. Stick the CBS soap and don’t forget to check CDL often for the latest Bold and the Beautiful spoilers, updates, and news.