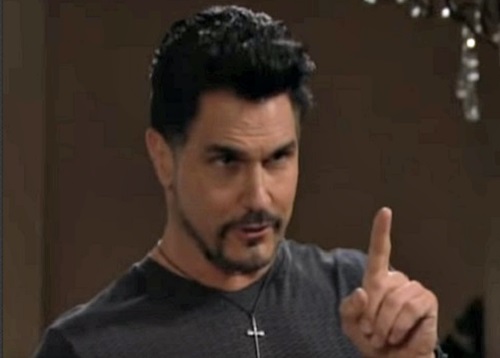 The Bold and the Beautiful (B&B) spoilers for Wednesday, April 18, tease that Steffy (Jacqueline MacInnes Wood) will struggle to get through to Liam (Scott Clifton). She just showed up to assure him that he didn’t shoot his father. Liam’s false memories are awfully convincing, so he’ll have a hard time believing that. He’ll suggest that Bill’s (Don Diamont) just telling Steffy what she want to hear.

Steffy will shut down that idea and do her best to get this through Liam’s head. She’ll insist that it’s clear to Bill now. Liam didn’t try to murder his own dad, so he can relax. It’ll take some hard work, but it looks like Liam will accept Steffy’s claims eventually. He’ll be relieved when he realizes he’s not a monster after all.

This whole ordeal has been pretty rough on Liam. He just couldn’t make sense of it and now B&B fans know why. Once Liam’s convinced that he’s innocent, he’ll express his gratitude to Steffy. Liam will truly appreciate the way Steffy believed in him. 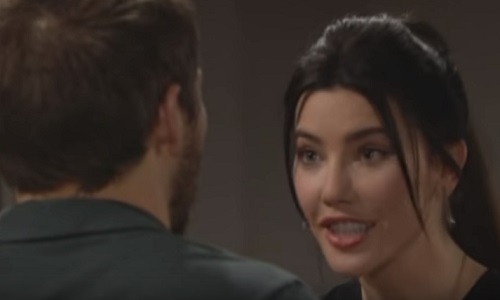 The Bold and the Beautiful spoilers say they’ll share some touching moments as they continue to bond. A “Steam” reunion seems to be brewing, but don’t count on Bill staying out of their marriage. Of course, that won’t stop Taylor (Hunter Tylo) from trying to keep Bill away.

At Bill’s place, Taylor will once again let Bill know she’s sorry for pumping a bullet in him. She’ll also be remorseful about nearly doing it again. However, Taylor’s actions don’t erase what Bill did. She’ll contend that Bill really did destroy Steffy’s happy relationship.

Bill will get fed up with all this talk about poor Steffy, the faultless little prey. He’ll snap that Taylor and Ridge (Thorsten Kaye) need to stop acting like Steffy’s a victim. Steffy has repeatedly said that their hookup was completely consensual, so she has to own some of the blame here.

Still, Steffy was pretty vulnerable that night. Bill’s the one who came offer to “comfort” her. Their sex session wouldn’t have happened if Bill hadn’t been such a vulture. That’s why Taylor will urge Bill to back off. She’ll point out that when Steffy reunites with Liam, she won’t want Bill to interfere in her marriage.

Taylor will think Bill needs to accept what he can’t have and move on. The Bold and the Beautiful spoilers say Bill will vow to stop meddling, but he’ll resort to scheming soon anyway. Bill’s never been great at keeping promises! We’ll give you updates as other B&B news comes in. Stick with the CBS soap and don’t forget to check CDL often for the latest Bold and the Beautiful spoilers, updates and news.