The Bold and the Beautiful Spoilers: Wednesday, January 24 – Hope Pushes Steffy to Fight for Liam – Sally and Darlita Get Sneaky

BY Heather Hughes on January 23, 2018 | Comments: one comment
Related : Soap Opera, Spoiler, Television, The Bold and the Beautiful 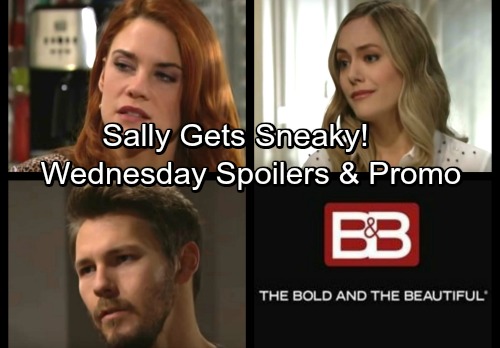 The Bold and the Beautiful (B&B) spoilers for Wednesday, January 24, tease that Sally (Courtney Hope) will confide in Darlita (Danube Hermosillo). When the topic of Liam’s (Scott Clifton) marriage comes up, Sally will contend that it may not last much longer. She’ll worry about Liam being in so much pain, but Darlita might point out that this is Sally’s big chance.

Sally will hate that Liam’s suffering, but she’ll admit she’d like to be with him. However, there could be a huge problem. Hope’s (Annika Noelle) back in Los Angeles and she’s already been reaching out to her ex. Sally will fear that Hope could make a play for Liam and snatch him up for herself. 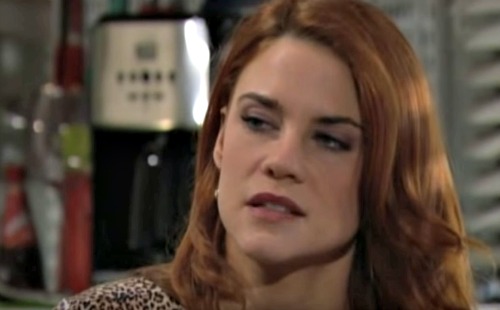 Darlita will believe they need to do some snooping. Some online research could help them get a grip on who Hope is and how to handle her. The Bold and the Beautiful spoilers say they’ll start digging around for info. Sally will hope she can take care of this threat before it becomes a real issue.

Meanwhile, Steffy (Jacqueline MacInnes Wood) will get an unexpected visitor. Hope will drop by to see how Steffy’s holding up. She’ll confess that she’s concerned about both Steffy and Liam. B&B spoilers state that Steffy will remain glum. She’ll argue that her marriage is over and there’s nothing she can do about it. 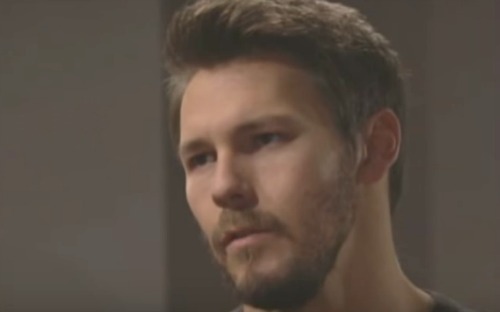 Hope won’t think Steffy should throw in the towel just yet. She’ll note that Liam’s been incredibly upset. When Hope learns Steffy’s pregnant, she’ll become even more convinced that reconciliation is possible. By the end of this conversation, Steffy will decide she can’t accept defeat. She’ll plan on making one last attempt to earn Liam’s forgiveness, but things may not work out as well as she hopes.

Across town, someone else will push Liam to have mercy on Steffy. Perhaps Ridge (Thorsten Kaye) will begin his reunion mission. Liam will mention that he already gave Steffy the annulment papers, but Ridge may think they should rip them up and forget all this. He’ll push Liam to give Steffy a pass and let her back in his heart.