BY Marcy Cohen on May 15, 2018 | Comments: one comment
Related : Soap Opera, Spoiler, Television, The Bold and the Beautiful 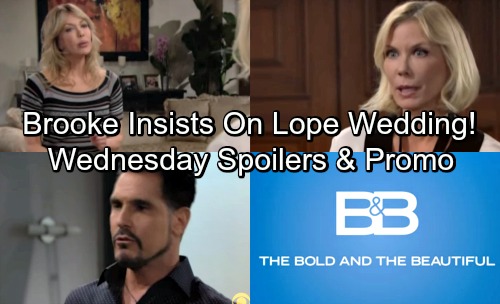 The Bold and the Beautiful (B&B) spoilers for Wednesday, May 16, tease that Brooke (Katherine Kelly Lang) and Taylor’s (Hunter Tylo) battle will heat up. These old foes are at it once again. After Taylor heard the latest developments, she just had to come over and rip into Brooke.

Taylor clearly isn’t happy with Brooke’s daughter either. She feels like Hope’s (Annika Noelle) standing in the way of Steffy’s (Jacqueline MacInnes Wood) happiness. The Bold and the Beautiful spoilers say Taylor will continue to voice her complaints. She’ll rant about Liam (Scott Clifton) rebounding with Hope and argue that it’s only going to cause more pain. 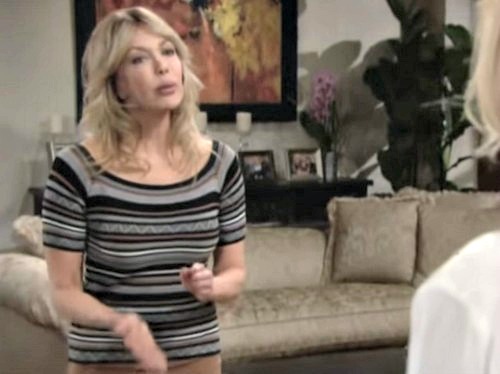 Taylor just won’t think this “Lope” engagement will work out. Liam was ready for a future with Steffy and their baby not too long ago. Taylor will remind Brooke of that fact and insist that the nuptials should be canceled. She’ll think Brooke should talk Hope out of this if she wants to protect her.

Of course, Brooke will refuse to back down. She’ll believe Taylor would say anything to gain the upper hand for Steffy. B&B spoilers state that Brooke will gloat about Liam and Hope’s reunion. She’ll maintain that this wedding’s happening ASAP! 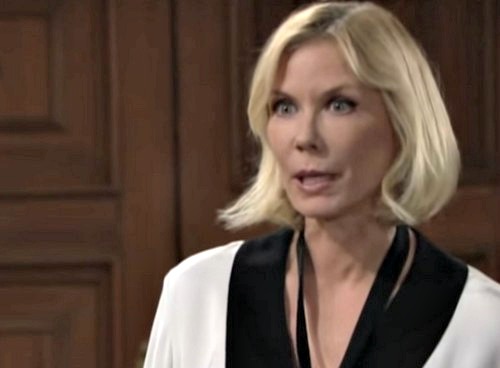 Meanwhile, another war will still be going on. Wyatt (Darin Brooks) was furious when he found out about Bill’s (Don Diamont) setup. He knew his dad was capable of anything, but part of him’s still shocked Bill stooped so low. Wyatt wants to tell Liam and Steffy the truth, but Bill will do whatever it takes to stop him. He’ll soften a bit on Wednesday and try to make Wyatt understand what’s at stake.

The Bold and the Beautiful spoilers say Bill will reflect on fond memories. He’ll do his best to tug at his boy’s heartstrings. Bill will suggest that from the time Wyatt first showed up in his life, he’s been his favorite son. Will Wyatt buy this malarkey? It’s painfully obvious that Bill preferred Liam until recently.

Bill won’t convince Wyatt to keep quiet, but Katie (Heather Tom) will accomplish that task later this week. We’ll give you updates as other B&B news comes in. Stay tuned to the CBS soap and don’t forget to check CDL often for the latest Bold and the Beautiful spoilers, updates, and news.