The Bold and the Beautiful Spoilers: Who is Katie’s Best Option – Wyatt Dumps Girlfriend, Gives Thorne A Chance 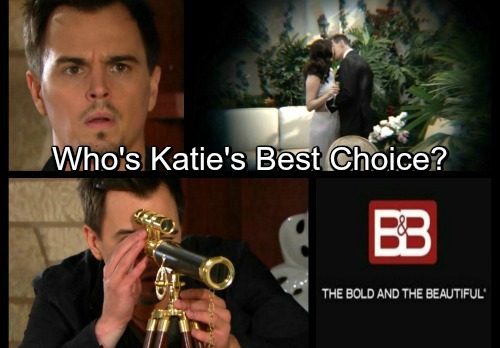 The Bold and the Beautiful spoilers documented Watie’s development and the emergence of another potential couple, Korne. But which man, when choosing between Wyatt (Darin Brooks) and Thorne (Ingo Rademacher), would be Katie’s (Heather Tom) best choice?

First, it’s good to have options, as Katie does. She is a smart, sexy, available woman. Many women surely would agree that her two romantic choices are excellent.

Wyatt has become a significant other since last summer when both characters locked lips during a memorable outdoor scene at a staged fashion show. Watie hadn’t gone public, mostly for reasons that related to Bill’s (Don Diamont) anticipated reaction.

Liam (Scott Clifton) offered his brother great advice when he strongly encouraged Wyatt to tell Katie how he really feels about her. Wyatt darted out of Liam’s hotel room that’s being used as recovery 101, due to the Dollar Still debacle. 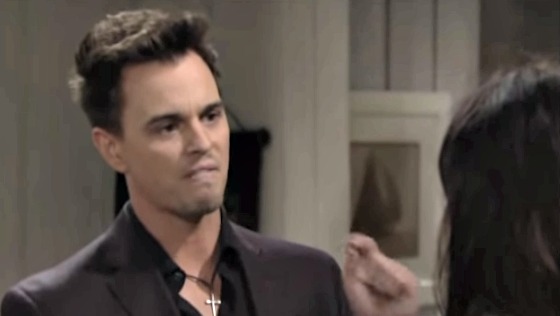 Wyatt found Katie’s place unoccupied. So he began preparing a very personal ambiance for the woman he’s hoping to love. Then he happened to notice the telescope that was pointed toward the fabulous Forrester mansion.

Meanwhile, just after Bridge was remarried in a beautiful ceremony and after party, Thorne followed through on the flirting that Korne was engaging in for a handful of weeks. Rademacher’s character leaned in to kiss Katie. No, she didn’t push him away.

Thorne opted to throw his hat toward Miss Logan after learning that she is seeing someone, but with no strings attached. Katie can’t actually be blamed for not knowing what Wyatt’s true intentions were. Thus her response to Thorne can’t honestly be labeled cheating. 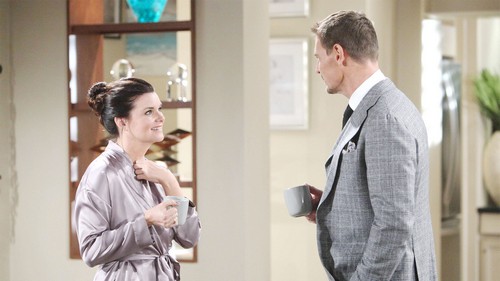 As classic soap timing goes, Wyatt happened to see Korne Kiss. He later told Katie that a breakup was necessary, but didn’t divulge the accidental motivation which fueled his feelings.

So instead of following Liam’s sound advice, Wyatt let his emotions take over. This development positions Thorne to become Katie’s rebound.

Katie’s hypothetical reaction to being called out by Wyatt on the kiss can’t be known. But even if they would have battled verbally, at least Wyatt’s heart would have been shown. By withholding his true feelings he’s allowed a rival to potentially gain a foothold in Katie’s life. 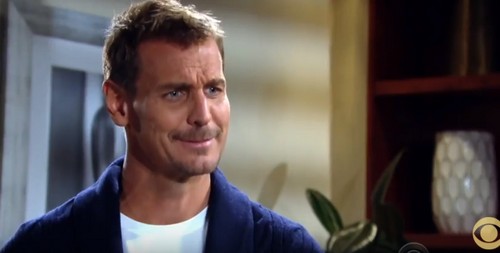 Much hasn’t been offered about Thorne in this feature. That’s because the recast of this character positions him in a different direction as now embodied by Rademacher. At the very least, Katie would solve the Bill problem by replacing Wyatt with Thorne.

With however B&B chooses to write this edition of Thorne, he’s clearly a threat to Wyatt. Thorne appears to have resolved his feelings about Brooke (Katherine Kelly Lang) and has turned his attention to her sister. Not a second choice, just a new pursuit.

Katie, like the audience, will have to decide if Thorne is a better option than Wyatt if Korne starts an actual relationship. At that point a deeper comparison between both couples could be made.