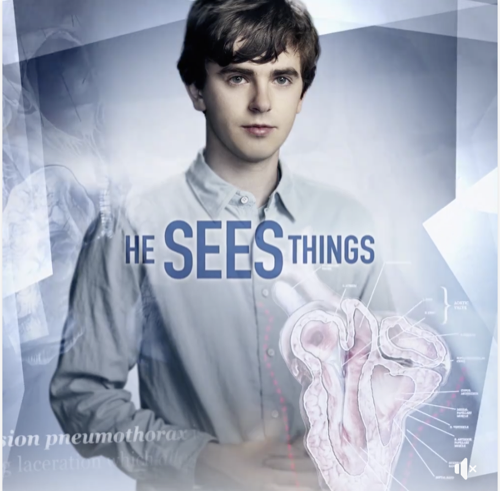 Tonight on NBC their new medical drama “The Good Doctor” airs with an all-new Monday, March 26, 2017, episode and we have your The Good Doctor recap below.  On tonight’s The Good Doctor season 1 episode 18 as per the ABC synopsis, “In the Season 1 finale, the team at St. Bonaventure needs to quickly discover the truth behind a young college student’s unexplained injuries before his condition worsens. Meanwhile, after losing his most prized possession, Shaun’s distraction during a surgical procedure may end up risking more than just his job.”

Jared works on a teen boy who has dislocated his ankle. He is drunk and in pain. He heads into surgery with Neil. They can’t put him under because he has a possible concussion. He is awake, drunk and laughing. Suddenly his heart rate falls.

Shaun works on his dry erase board. He is upset. Aaron comes in. He asks Shaun if he came up with anything? Shaun doesn’t say anything. Aaron tells him he has explored it all. Shaun tells him he needs to go back to work.

Jared comes out of surgery to ask the drunken kid’s friend what really happened. He friend finally breaks down and confesses that he ate detergent pods. Back in surgery, Shaun and the rest of the team finish up. Shaun has an epiphany. He announces that he lost something but he knows where it is now. He leaves surgery and heads to see Aaron. He lost his scalpel. While he looks he tells Aaron that he needs to get more imaging done, a DTI scan.

Neil reports to Aaron. He tells him that Shaun’s patient has DIC when your body clots and hemorrhages at the same time. Shaun never has issues in the OR. He wants to know what is going on with him. Aaron tells him he has a brain tumor and that must have been what distracted Shaun. Neil asks if there is anything he can do.

The team goes over the drunken teen’s file. They think he may be on drugs. Jared tells them he is going to go and ask his friend again. Park doesn’t think he will be honest. Jared draws the blood of his friend while telling him his buddy has DIC. The friend confesses that they are both on molly.

Jessica confronts Aaron. She talks him into getting a second opinion. Shaun goes with them. The first doctor was wrong. Aaron has the most aggressive form of brain cancer. He only has 3-4 months to live.

The team now thinks that the teen has a bacterial infection. Meanwhile, Shaun cannot stop trying to come up with a solution. Aaron comes in. He is angry as he looks at three whiteboards. Aaron tells him to stop. He doesn’t want to think about the tumor. He just wants to live. He starts crying and throwing things. Shaun asks him if he just wants to have fun? Shaun tells him yes.

Neil and the team rush the teen into surgery when his heart rate plummets. Meanwhile, Shaun and Aaron are at the carousel. Shaun talks about his daughter and how they used to celebrate and have fun together. He has a flashback to them dancing. He always thought that when he died he would remember that moment and she would be next to him still. Shaun gets a page and gets off the carousel.

Neil and the team rule out the bacterial infection since he isn’t reacting to antibiotics. Neil asks Shaun what he thinks. He tells them he squeezed the artery during surgery. Now he needs to leave to go make a bowel movement. He runs to Aaron’s office. He thinks he has a solution. Aaron tells him that there is no hope and that he needs to let it go. Shaun becomes calm and tells him that they can do a biopsy through his nose. Shaun tells him that he cannot die too.

The team tries to figure out how to cover for Shaun. Shaun comes in. He tells them he threw up. Neil asks him to come back to the team. They brainstorm again. Shaun thinks they need to work on the teen’s leg from the inside out. If they cut into him he will die.

In surgery, they place a balloon in the teen’s leg. He pulls through. Neil is taking them all out.
Shaun goes to see Aaron. He notices a band aid. He had the biopsy. Aaron could survive. He needs surgery and chemo. Shaun is thrilled. He hugs Aaron. Together they head to the Andrews’ office to confess that Shaun made a mistake in surgery.