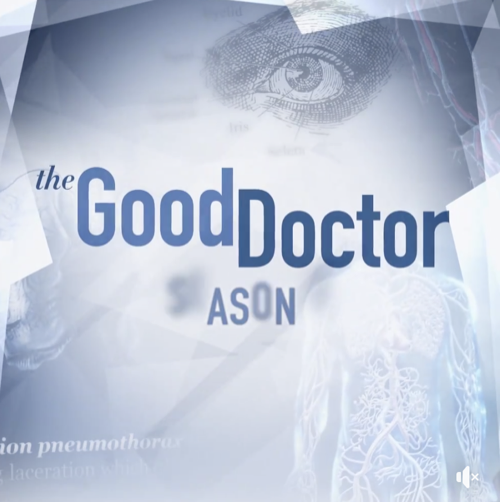 Tonight on NBC their new medical drama “The Good Doctor” airs with an all-new Monday, March 19, 2017, episode and we have your The Good Doctor recap below.  On tonight’s The Good Doctor season 1 episode 17 as per the ABC synopsis, “Dr. Shaun Murphy questions the need for an elective surgery that will allow his young patient to smile for the first time. Meanwhile, Dr. Claire Brown and Dr. Morgan Reznick discover that their patient lied about her identity.”

Shaun opens his front door and finds a bottle of milk with a note on it that reads, “Shaun! Thanks for being there for me, your best bro. Kenny.” A girl named Gretchen has a diagnosis and Dr. Parker explains it to both her and her father, it is called Mobius Syndrome and is a paralysis of the sixth and seventh pair of cranial nerves. The seventh pair affects facial expression, luckily in Gretchen’s case there is no problem with the sixth pair.

Marcus explains that they will be taking two slivers of muscle from her thighs along with nerves and blood supply and implanting them in your cheeks. Dr. Parker says there will be considerable recovery time before she can smile at will, maybe three months.

Marcus asks Gretchen if she is up for it, she asks if she can sleep on it before she makes a decision – then she tells him she is joking, she is really up for this. Shaun asks Gretchen if she wants to be a comedian because people who get her jokes must be very important to her if she thinks it is worth the risk of dying when having elective surgery. Marcus shakes his head, Gretchen and her dad are shocked.

Marcus apologizes to her father, he tells him that Dr. Murphy is still learning that silence is the best choice when you have nothing useful to offer. Shaun replies, “we are required to have an honest risk benefit to our patients.” Marcus says they are giving lovely young girl a smile and that is a simple equation. Her father says it is hard because Gretchen cannot show any emotions at all on her face, ever since her mother died she has been completely withdrawn and all he wants to do is bring his baby girl back to the world.

Neil is looking at a woman who has a post op infection, she didn’t take her antibiotics. The patient tells Neil that she didn’t fill the prescription and then was too weak to go and had nobody to do it for her. Meanwhile, Aaron bumps into Shaun while he is buying an apple. Aaron tries to talk to Shaun but he tells him that he didn’t want to be friends and he has a new one called Kenny. Shaun asks Aaron if he has a new friend, he says no.

Shaun is now with Gretchen, they trade names that people call them to make fun of them. Gretchen asks him if he really thinks that the surgery risky, he says yes and expensive and not medially required. Gretchen is booked for surgery the next morning, she tells her father and Marcus that she has changed her mind, she doesn’t want the surgery after all.

Marcus goes to see Shaun and tells him that Gretchen’s father is very upset that she is backing out of the surgery. Shaun tells him that he only told her the truth. Marcus tells him that smiles are contagious and she deserves to be able to do it – then he tells Shaun to get Park, he will talk her into the surgery.

Jared is with a patient named Celeste, she calls herself fish girl because she has been wearing tilapia skin for five months. He tells her they can remove it tomorrow since she is no longer in pain. She is worried how it will look. Gretchen tells Marcus that Shaun did not talk her out of the surgery, he inspired her by making her realize that this could actually make her stronger and she doesn’t want to run from it anymore.

Dr Parker tells Marcus and Shaun that Gretchen is lying. Marcus asks Gretchen if she is worried that her dad can’t afford the surgery, her father tells her a story about her mother who smiled at him from across the room and that is why they had her. Furthermore, they didn’t have much money, but they had that smile. Gretchen tells her dad that she loves him and that is why she can’t make him risk everything for her.

Marcus goes to see Jim and tells him that she has no coverage for the surgery and she requires it. Shaun goes to see Aaron and tries to make him smile, then asks that he go somewhere with him. Meanwhile, Jessica and Claire discover that the patient that Niel was treating for a post op infection was a fraud as she was using another ladies identity and that women now requires medical attention.

Shaun brings Aaron to see Debbie, who works in the cafe and tells her he needs a friend, then he tells Aaron who is clearly embarrassed that he should find her attractive. Shaun is thrilled and leaves the two.

Marcus goes to see Gretchen and tells her that he got the insurance company to pay for 85% of the cost of her surgery – her father tells her that he can cover the balance and wants to do this for her, she says ok.

Jared is with his patient and removing the fish skin – he tells here she is beautiful. Meanwhile, the Lucie imposter is not responding well to the antibiotics, Claire speaks candidly with her and tells her that she knows what she did. It turns out that the real Lucy has lied about having singles many times and was not refused her meds because the imposter Lucy used her card – it was because of what she did. Shaun and goes to see Gretchen and discovers that there is a problem with her – he calls Marcus.

Gretchen is talking with Marcus and Dr. Parker, he asks the two if they feel bad – Marcus tells him to go order a CT. The Lucie imposter is getting worse. Meanwhile, Aaron is having coffee with his new friend, Debbie, that Shaun set him up with, they are talking about the Jewish holidays and he admits he is only half Jewish and she says she is not Jewish at all.

They go outside and see a fender bender and start talking about vintage cars, they find they do have something in common. Jared confesses to Shaun that his patient has feelings for him and he may have feelings for her too – Shaun tells him to call in sick to gain superior wisdom and knowledge. Dr. Parker tells Gretchen’s father that the CT scan was clear, Marcus tells him that they believe his daughter is brain dead a side affect from the anesthetic. Gretchen’s dad is crying, all for a smile, he tells Shaun that he should have listened to him.

Dr. Parker walks out and tells Marcus that maybe she is still under anesthesia, it is rare, but she could still wake up. Claire tells Lucie imposter that her organs are shutting down and she doesn’t have much time, she asks her for her real name, it is Beatrice. Shaun and Dr. Parker are with Gretchen and her father, Dr. Parker tells him that they were wrong, she is going to be just fine. The real Lucy is back in emergency, she wants a refill on her prescription, Jessica calls her liar and tells her that she has a serious medical problem.

Gretchen sees herself smile for the first time, she is thrilled and her father says she looks like her mother. Jared goes to see Celeste and tells her that Shaun will be taking care of her from now on because doctors are not allowed to date their patients – he then asks her on a date because he is calling in sick tomorrow. Beatrice is gone, Claire calls it at 8:14pm. Jared opens a letter, it is an acceptance from Denver memorial hospital.

Shaun knocks on Kelly’s door with a pizza, his friends are over and Shaun notices a tv in his apartment, Kelly tells him it belongs to him – then he tells him that he has a few quirks and it doesn’t jive with this crowd, he takes the pizza. Aaron is having dinner with Debbie, they are still talking about cars and car shows – he invites her to a car show. All of a sudden Aaron starts acting weird, Debbie tells the waitress to call an ambulance.