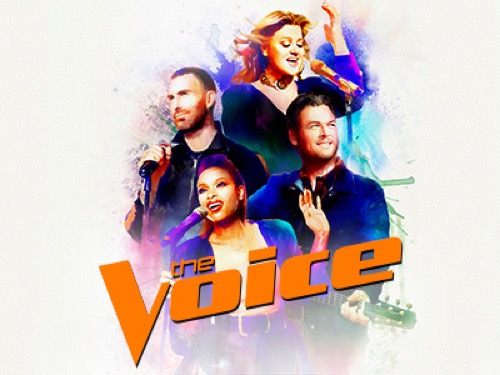 Tonight on NBC’s Emmy Award-winning musical competition The Voice airs with an all-new Monday, September 24, 2018, season 15 episode 1 premiere and we have your The Voice recap right below.  On tonight’s The Voice season 15 episode 1, called, “The Blind Auditions Premiere,” as per the NBC synopsis, “ In the season 15 premiere, the talent is exceptional and the competition is fierce as returning coaches Kelly Clarkson, Jennifer Hudson, Adam Levine and Blake Shelton all vie to discover and coach the next singing phenomenon in the “Blind Auditions.” The vocalists compete to be selected by one of the coaches and fight for a chance to be named “The Voice.”

The show has been around for fifteen seasons and there’s still plenty of life yet. The show has seen several judges come and go however the four judges this year were all returning faces. There was Jennifer Hudson, Kelly Clarkson, Adam Levine, and Blake Shelton. All four were powerhouses and they all know what they wanted this season as they geared up to win. The first singer that came out to the stage was Sarah Grace. She was fifteen and has a condition called synesthesia in which she could see colors as she sings. It was actually the condition that convinced her to take a chance on jazz. The teenager had first thought jazz was stuffy and for old people and then she saw the colors attached to it. And that’s what convinced her that jazz could be full of emotion.

Sarah Grace decided to sing a soulful jazz number tonight and right away it had interested the judges. They were rocking out in their seat when the first judge to turn around their chair proved to be Kelly. Kelly tends to know what she wants right away and she knew that she wanted to be Sarah Grace’s coach. There were two other judges that turned around their chairs and the only one that hadn’t had been Adam. Adam instead mc’d the moment Sarah Grace chose her coach and she decided to go with her fellow Texan – Kelly. Kelly’s first pick last year had been Brynn and she won with her so there was a little to doubt that she couldn’t do so again with Sarah Grace. And so the first contestant had been very lucky.

The next contestant had been Tyshawn Colquitt. The young man was the oldest in a very large family and he was helping taking care of everyone. He started a business that allowed him to bake and deliver the goods with a singing telegram, so it allowed him to combine all of his passions. Only he would like to be in a position where they would all be a little more settled and so that’s why he decided to try out on “The Voice”. Tyshawn hadn’t needed anyone’s help to primp before the show and had come out on the stage in his own suit well-groomed. Its what he would have done for his business and it added to his stage presence. He decided to sing “Like I Can” and from the beginning, he caught Jennifer’s ear.

Jennifer had heard the soul that Tyshawn had put in each note and that’s what she had been the first person to turn around but she hadn’t been the only judge. Blake had also turned around and he knew almost instantly that Tyshawn wasn’t going to go with him because the young man had never once taken his eye off Jennifer. It was clear that Jennifer was the coach he most wanted to impress and once he won her over there was no way he was going with someone else. He chose Jennifer’s team and it meant Blake was down two for two. The next contestant to hit that stage tonight was Tyke James. The teenager hails from Hawaii and had the surfer look going on with his long wavy blonde hair.

The hair as well as him still being a teenager meant there was a fanbase out there for him ready and waiting. Only the judges hadn’t known that when they heard him sing. They heard the Ed Sheeran song and the only judge that got vibes from it had been Adam. None of the other judges turned around and by the time they did it had been too late. Kelly and Jennifer had realized that this boy was a cutie and that he had plenty of potential. So they hadn’t hesitated when it came to congratulating Adam. Adam had heard the potential and he ended up winning Tyke by default. The next contestant to hit the stage had been Ayanna Joni. She started out in the business as a child actor and she eventually came to be a in a popular girl band.

Ayanna was used to touring and working with a band only she walked away from all of that when she got pregnant. She has a mother that was willing to offer her some support so that she could stay home and concentrate on raising her daughter, so that’s what she chose to do. Ayanna eventually returned to music when her daughter was old enough to go to school and so she now works as a wedding singer. Its just she wants more and was hoping she could get that tonight. Ayanna came out and she showed them her soul. Unfortunately, it simply hadn’t been enough for any of the judges to turn around. The judges later said they kept debating and waiting for that moment when they heard “it”. And that’s why they hadn’t wanted Ayanna to take the rejection too personally.

The judges all felt that Ayanna could come back with some time and the young woman eventually found out she didn’t need to wait long. Ayanna was the first person chosen for the new show called “The Comeback Stage” and so the singer received another chance at living out her dream. However, back on the show, the judges saw someone they weren’t prepared for. The next contestant was Mercedes Ferreira-Dias and she had actually tried out last season except the judges hadn’t thought she was ready yet and so she took some time to learn a little more. Mercedes studied more styles and she came back more prepared than before. She chose a song that was strong for her and she had more range this time around.

The judges had liked the way she sounds and two of them turned around for her. Both Kelly and Blake had seen potential in Mercedes and Mercedes ultimately decided to go with Blake. And she was Blake’s first pick for his team. Blake would go on to have quite a successful night and that’s despite not winning over the next contestant. Radha had gone next and her voice had blown everyone away right from the beginning. She came out hitting those high notes and Adam had turned his chair around from the start. He hadn’t waited like the other judges did to see if Radha could hold her range because he had just had faith and so he had time to block another judge. He ended up blocking Jennifer. Jennifer had turned around the same time as Blake.

Her lane just hadn’t lightened up and so she tried to figure out who blocked her when Adam confessed. The judge admitted he hadn’t wanted to pit himself against Jennifer and so he played a little dirty but he told Radha that’s why he should be her coach and she ultimately decided to go with Adam. Only Adam knew how to pick his fights. He, for instance, hadn’t turned around when Kameron Marlowe went next because the young man had come out firmly as a country star and he knew he had no chance against the likes of Kelly or Blake. Blake didn’t even need to tell Kameron what he could do for him because Kameron had already been a fan and so Kameron immediately chose Blake.

The next contestant had also been country. Mikele Buck was a returning army vet and one of the things that got him through his tours was his guitar. He liked some of that old-school country and his voice was very reminiscent of that. So it was no surprise when both Blake and Kelly turned around for him. They were the two that were hoping to pick up country music stars and Kelly definitely fought for him after losing out on Kameron. She said she knew country music and that she grew up singing the type of songs that Mikele liked. Except for the deciding factor, tonight wasn’t what the judges said but what the families said. Mikele’s family wanted him to pick Kelly because they were all fans of hers and so he chose Kelly to be his coach. Meaning she did get a country singer in the end.

The next contestant had been Sam Hastings. He was talented only he hadn’t shown enough range for the judges and so no one turned around. The judges had told afterwards that he just needed a little more work and preparation, so who knows, he could come back. The next person to hit that stage had been Patrique Fortson. He called himself the Clark Kent of music because he works a boring day job and then goes out to sing at night with his cool outfits. He was even wearing one of those outfits tonight when he chose to sing some gospel out on the stage and he quickly won over two of the judges – Jennifer and Adam. Adam tried to win over Patrique and nothing he could have said would have changed the other man’s mind. He was sent on Jennifer and ultimately chose to be on her team.

Therefore, the last contestant of the night had been Kennedy Holmes. She was thirteen and had such a powerful voice that knew both ranges as well as control. It also hadn’t hurt that Kennedy chose such a strong song like “Turning Tables” because she was the only person that all four judges turned around for. They had all wanted to work with the teenager and they all knew they could if she just chose them but Kennedy only cried for one person and so she chose to go with Jennifer Hudson.