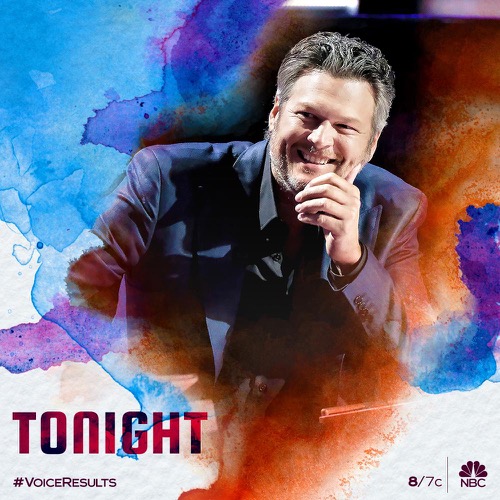 Tonight on NBC’s Emmy Award-winning musical competition The Voice airs with an all-new Monday, November 13, 2018, season 15 episode 16 and we have your The Voice recap right below. On tonight’s The Voice season 15 episode 16, called, “Live Top 24 Eliminations,” as per the NBC synopsis, “During the second night of the Playoffs, the two artists with the most votes from each team will be revealed and advance to the Top 13. Each coach will then select one of their remaining artists to move on.

For the first time ever, the final two Comeback Artists will perform live for a chance to re-enter the competition as part of the Top 13 through the Instant Save. The winning artist will then indicate which team they would like to join.”

Blake opens the show by giving advice to his team to remember this experience and no matter who ends up in the family, this is a gift.

Jennifer says it was an outstanding show last night.

Kelly has a tough night tonight, she hung out with her team during the day to get rid of the nerves and she told them that this is an amazing opportunity even if they don’t win.

Adam just spoke with his team and told them that this experience was great and they need to take all of it and use it as an artist moving forward.

Team Blake comes out on center stage. America saved Kirk Jay. America also saved Chris Kroeze, the two are going forward to sing next week. Things are going to get a lot harder for Blake, he can only pick one artist out of the remaining four to move on. Blake chooses Dave Fenley. This means that Funsho, Michael Lee and Natassia GreyCloud are eliminated.

The top two contestants from the Comeback Stage will return and they are Ayanna Joni and Lynnea Moorer. People at home have all the power, they get to tweet who they want to save. Here we go for the results, America picked Lynnea Moorer. Ayanna Joni is eliminated. Lynnea chooses Kelly Clarkson to be her coach.

Team Jennifer is up next. America saved McKenzie Thomas. America also saved Kennedy Holmes. There is room for one more and Jennifer is going to have to choose, she chooses Sandyredd. The three eliminated are Colton Smith, Franc West, and Patrique Fortson.

Team Kelly is up last. America saved Chevel Shepherd. America also saves Sarah Grace. That concludes America’s votes, it is up to Kelly now to save one final artist, Kymberli Joye. The last three artists leaving are Abby Cates, Zaxai and Keith Paluso.