The Young and the Restless Spoilers: Abbott Paternity Mystery Solved During May Sweeps

BY Sean O'Brien on April 23, 2018 | Comments: one comment
Related : Soap Opera, Spoiler, Television, The Young and the Restless 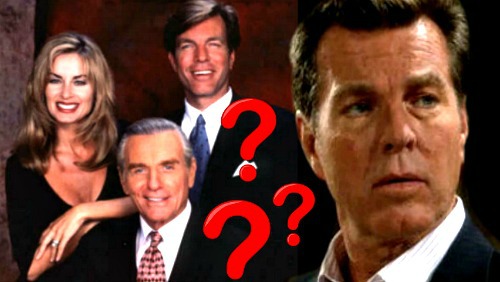 The Young and the Restless spoilers tease that one of the greatest paternity reveals in Genoa City’s history will be solved during the upcoming May Sweeps period. There’s no better time to reveal who Jack’s (Peter Bergman) father is then to solve that storyline mystery when soap opera’s advertising rates are set.

May, August, November and February are known as the broadcast television network’s so-called Sweeps periods. So viewers are generally shown hyped programming during those four months each year. Soaps storyboard major climaxes during those four months. That’s why this May projects as the period when Y&R fans will learn who Jack’s real father is.

Ashley’s (Eileen Davidson) paternity reveal was first shown in the mid-1980’s. Dina (Marla Adams) was written into the show in order to expand Ashley’s backstory at that time. However, John (Jerry Douglas) wasn’t told that Ash was Brent Davis’ (Bert Kramer) daughter.

Savvy daytime fans knew something new was coming when Ashley’s paternity issue was raised again last year. That was a settled issue, so a different issue had to be at hand and now is

Dina hasn’t been able to recall the name of the man she canoodled with at the Starlight Motel many decades ago. Abby took her to the location where a different-named hotel now exists, but to no avail.

Viewers have been given scant clues. All they know is that Dina was impressed by this fellow who she met at the club and enjoyed numerous rendezvous with, seemingly outside of her husband John’s purview.

Jack’s dad could literally be anyone. One of Dina’s former classmates from Walnut Grove Academy, the father of a current character or an invented persona who would be written into the show are all areas of fitting conjecture.

The outcome of said shocker will obviously change Jack’s life. He’ll need to completely reorient his identity. His relatives and friends will be affected, as will his enemies, including Victor (Eric Braeden) and also strangely, his son Kyle (Michael Mealor).

With whatever is revealed this May, Y&R seems likely to make Jack’s new papa someone who’s currency, or legacy impacts the Abbott family’s status as well Jabot’s future. Yes, this mystery has been well-crafted. It’s answer isn’t known, which keeps the audience glued to the live broadcast, stream, or time-shifted recording of this favored iconic steamer.