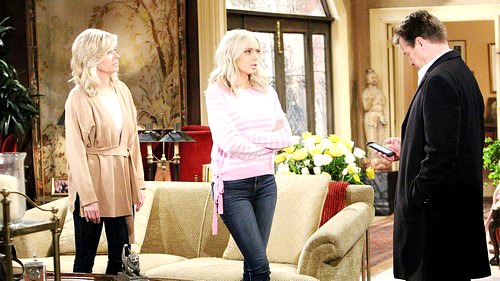 The Young and the Restless (Y&R) spoilers tease that Abby (Melissa Ordway) will finally make it back from her extended business trip. She’ll be relieved that the latest Dina (Marla Adams) crisis has wrapped up, but she’ll find more mayhem waiting for her back home. Ashley (Eileen Davidson) and Victoria’s (Amelia Heinle) bitter battle will be out of control by then.

Y&R fans know that Ashley is being set up by Victoria (Amelia Heinle). The evidence won’t look good, but Ashley will stand her ground. She’ll make it clear that Victor’s (Eric Braeden) problem lies elsewhere. Ashley will suggest that Victor should look no further than his own daughter and her sneaky boyfriend. Victoria and J.T. (Thad Luckinbell) will definitely be on the hot seat soon. 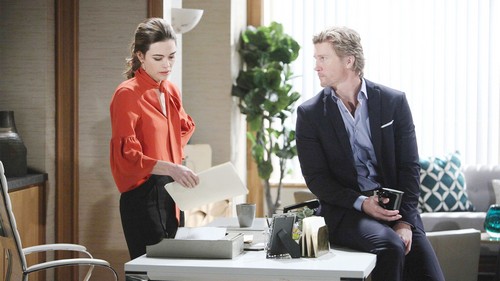 Of course, J.T. won’t be completely in the loop. Victoria will simply use J.T. by letting him collect the planted proof against Ashley. That news should come out later, but Abby will be more interested in Victoria’s actions anyway. Once she gets back to Genoa City, Abby will receive updates on Ashley’s drama. She’ll track down Victoria and rage over the apparent scheme.

Victoria might contend that this doesn’t concern Abby. She’ll probably order her sister to stay out of it. However, The Young and the Restless spoilers state that Abby won’t back down. She might argue that Victoria will never pull off a victory. Even if Victoria could succeed in pushing Ashley out, Abby could step up to give her a run for her money. She can accomplish a lot when she puts her mind to it. 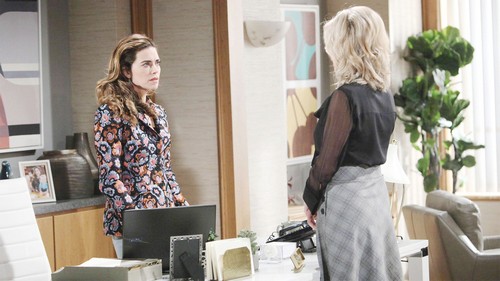 The Young and the Restless spoilers say another family member will soon get in on this fight. Billy (Jason Thompson) will give his full support to Ashley. Jack (Peter Bergman) may even have a change of heart at some point. Bottom line, Ashley’s gathering quite an army. Victoria may be biting off more than she can chew here!

It sounds like this Newman Enterprises war will bring some stunning moments. Are you on “Team Ashley” or are you rooting for Victoria’s side? We’ll keep you posted as other Y&R details emerge. Stay tuned to the CBS soap and don’t forget to check CDL often for the latest Young and the Restless spoilers, updates and news.