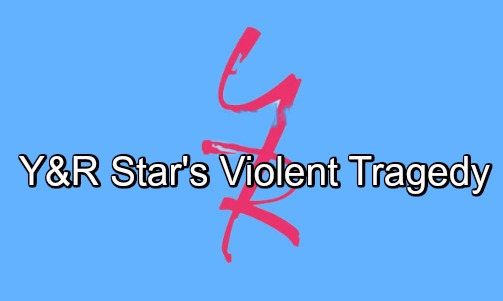 The Young and the Restless (Y&R) spoilers reveal that one soap star’s dealing with a tough loss. Y&R fans haven’t seen Ravi (Abhi Sinha) lately, but there’s always a chance he’ll pop up again one day. For now, the drama’s happening off screen for Ravi’s portrayer. Sinha recently shared some disturbing news on his Instagram account. He wanted to fill everyone in on the horror that unfolded for his family.

Sinha is a big animal lover, so he’s got several gorgeous dogs. Unfortunately, one of them passed away due to some medical issues in June. Losing Boba Fett was difficult for Sinha and his loved ones, but now they’ve lost another precious pet. This time Bella’s the one they had to say goodbye to.

Sadly, this incident occurred without warning. Sinha was able to prepare for Boba Fett’s passing a bit, but Bella died under sudden, terrible circumstances. “Last week we lost our Bella in a horrific act of evil and malice,” Sinha said. “We are still in shock as she did not deserve what happened to her.”

Bella went out to run around the property as usual one evening and strayed a little too far. Her body was discovered on the edge of a neighbor’s yard, so she was rushed to an animal emergency hospital. After Bella was examined, the vet revealed that she’d been shot on the left side of her heart.

Sinha and his family members were crushed, but they held out hope for their beloved Bella. They thought she could be stabilized for surgery, but she was ultimately unable to survive her injuries. That led to a distressing farewell and this social media message.

Sinha wanted to vent about Bella’s shooter as well as honor the pup’s memory. He posted some cute pics along with a few parting words. Sinha said, “My Bella. She was the sweetest cuddliest and most fearless member of our pack…She was so loved and despite being so small she had the biggest heart.”

Many Young and the Restless viewers reached out to Sinha during his time of need. They commented on the photos and just let Sinha know they were thinking of him. It’s always difficult to lose a pet, especially when the loss is so traumatic. Y&R fans hope Sinha can cling to positive memories as he grieves.

My Bella. She was the sweetest cuddliest and most fearless member of our pack. @instagrammarnazi66 brought her home not long after Boba Fett. She was so loved and despite being so small she had the biggest heart. Last week we lost our Bella in a horrific act of evil and malice. We are still in shock as she did not deserve what happened to her. To the sorry excuse of a human that did this – I take comfort knowing that you are going to burn in hell. For the full story and details click on the link in the bio. Thank you all for your support during this horrific time.