BY Kinsley Goldman on October 18, 2018 | Comments: one comment
Related : Soap Opera, Spoiler, Television, The Young and the Restless 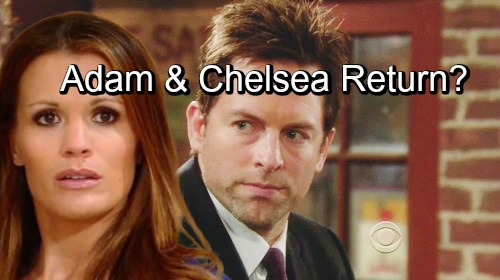 The Young and the Restless (Y&R) spoilers tease that some stories are winding down and others are heating up. The issue of Jack’s (Peter Bergman) paternity has finally been put to rest and Ashley’s (Eileen Davidson) exit plot is in motion. The cover-up crew drama is still in full swing, but they could be getting dangerously close to exposure. It may not be long until that shocker’s out in the open.

Those two storylines have been a huge part of Y&R over the past few months, so fans are already wondering what’s next. What will be the next big thing to drive the show? After all the J.T. (Thad Luckinbill) mayhem and Abbott chaos, The Young and the Restless will need something major. They have to make a huge splash and keep viewers tuning in after the current bombs drop.

Perhaps some epic comebacks would be a good strategy. Since there’s been a flood of newbies lately, many Y&R watchers would welcome some familiar faces – or at least recognizable characters. Even recasts have an element of familiarity. They’re still Genoa City residents we’ve come to know and love. No one has to learn their personalities or figure out what they’re all about.

Of course, sometimes newbies are necessary to add some different story angles and pairings. There are actually some talented new cast members at Y&R these days, so we’re not throwing them under the bus. The point is that they haven’t been around long enough to gain viewers’ attention. If The Young and the Restless wants to do that, they’ll have to think bigger.

There’s an easy way to draw in old fans and keep current ones glued to their screens. We can think of two returns that would make that happen. Now’s the perfect time for Melissa Claire Egan to reprise her role as Chelsea. Nick’s (Joshua Morrow) single and exploring his dark side, so maybe he’d be forgiving of Chelsea’s mistakes. He’s certainly made a few of his own lately!

However, the return of Adam Newman would carry even more weight. Whether the show brings back Michael Muhney or casts someone else in the part, any Adam sighting in GC would be fantastic. Chelsea’s comeback would pave the way for Adam’s and set up a fantastic love triangle. Adam and Nick could battle it out for Chelsea as well as Christian (Jude and Ozzy McGuigen).

Of course, we all know “Chadam” would be the couple to root for. Y&R could really use a mystery surrounding Adam’s return followed by the reunion of a hot pairing. They could slowly reveal where Adam’s been and why he’s ready to get back in the mix. It would inject some life into the show once the current stories run out of steam.