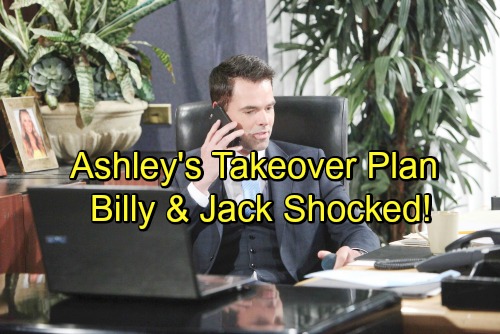 The Young and the Restless (Y&R) spoilers tease that Ashley (Eileen Davidson) has a few tricks up her sleeve. After Jack (Peter Bergman) learned he wasn’t a blood Abbott, he really went off the rails. Jabot needed a new CEO ASAP, so Ashley pushed Billy (Jason Thompson) to step up. She suggested the company would be in capable hands with Billy in charge.

However, it turns out Ashley has a sneaky goal. She definitely isn’t content to sit on the sidelines. Ever since this paternity drama exploded, Ash has been completely focused on Jabot. Her role at Newman Enterprises quickly took a backseat and there’s a good reason why. 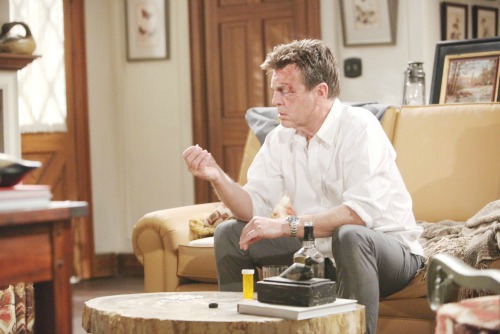 The blood-Abbott clause led to some fierce conflict for Jack and Ashley. He was basically throwing her paternity in her face and that just wasn’t cool. Ashley wasn’t willing to stick around and let Jack make her feel like an inferior family member. That’s why it was easy for Victor (Eric Braeden) to lure Ashley to Newman. Between his sweet deal and the treatment at Jabot, Ashley was ready for change.

Now Ashley’s ready for another one! Y&R fans can expect Ash to reveal a big secret this week, May 21-25. It looks like Neil (Kristoff St. John) will be the person Ashley chooses to confide in. The Young and the Restless spoilers say Ashley’s plotting a takeover. She’ll hope she can get rid of the blood-Abbott clause and rise to the top herself. 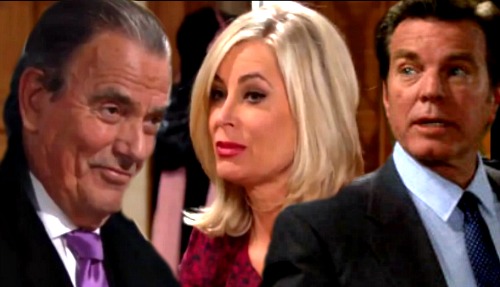 Perhaps Ashley didn’t really have a lot of faith in Billy. She’s certainly been micromanaging him, so maybe that’s part of the scheme, too. Ashley should urge the board to see that she’s the better choice. She could argue that she’s basically running things behind the scenes, so they might as well put her on the throne.

Now that Jack knows he isn’t John’s (Jerry Douglas) son, the blood-Abbott clause is a particularly ridiculous. Nevertheless, the DNA change for Jack could actually work in Ashley’s favor. She can suggest that Jack’s unhinged and unfit to lead right now. Ashley might contend that Billy’s incompetent and Jack’s spinning out. She could present herself as the only solid choice for Jabot’s future.