The Young and the Restless Spoilers: Billy and Victoria Reconnect After J.T.’s Demise – Phyllis Loses Her Man 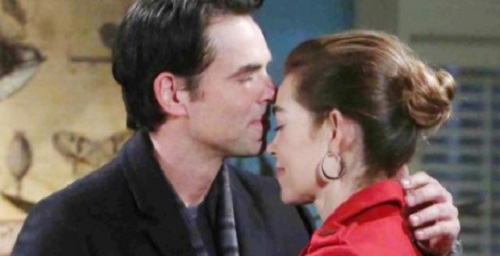 The Young and the Restless (Y&R) spoilers tease that some romantic shakeups are looming in Genoa City. Y&R’s already been laying the groundwork for what’s to come, but things will really start to shift in the coming weeks. Let’s consider how some couples will reunite and others will fall apart.

It seems obvious that Sharon (Sharon Case) and Nick (Joshua Morrow) are endgame, but it’s wise to let this happen slowly. “Shick” needs a slow burn and that means they’ll have to face some complications. Fortunately, Y&R has established Phyllis (Gina Tognoni) as a great obstacle. She’ll continue to stir the pot and that should delay the inevitable.

However, Phyllis may live to regret her meddling. Billy (Jason Thompson) has offered many warnings about staying out of her ex’s love life, but Phyllis just can’t help herself. She feels like she has to protect Nick from Sharon and that’s exactly what she intends to do. Alas, Phyllis may neglect Billy in the process. He’s battling jealousy at the moment, but he should add loneliness soon enough. 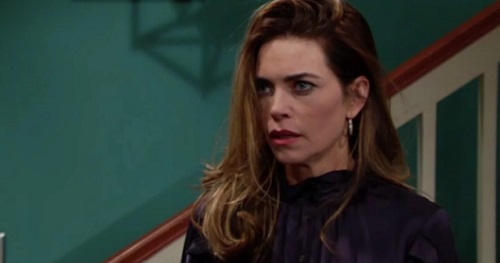 Meanwhile, Victoria’s (Amelia Heinle) love life is a total train wreck. Her relationship with J.T. (Thad Luckinbell) is about to blow up in a big way. The Young and the Restless spoilers hint that J.T.’s shocking death will leave Victoria in a dark place. She won’t be sorry that this monster’s out of her life, but she’ll wonder how she could’ve let herself stay in such an abusive romance.

Since it appears Victoria will play a role in sending J.T. to his grave, that could add another layer of drama. Reed (Tristan Lake Leabu) will certainly have a lot to think about and there’s a good chance he’ll do it off canvas. Y&R buzz points to Leabu’s departure, so that’ll leave Victoria in need of support from another source.

Will Billy step up to help? As Victoria’s protective former flame and the father of her children, it’s reasonable to believe Billy will come to her rescue. Phyllis will probably be too distracted by Nick to notice. By the time she realizes Victoria and Billy are reconnecting, it may be too late.

This could be a real problem since it appears Phyllis doesn’t actually want Nick back. She’s just determined to keep Sharon away from him. When “Shick” happens anyway and “Villy’s” relationship is potentially renewed, Phyllis could end up kicking herself!