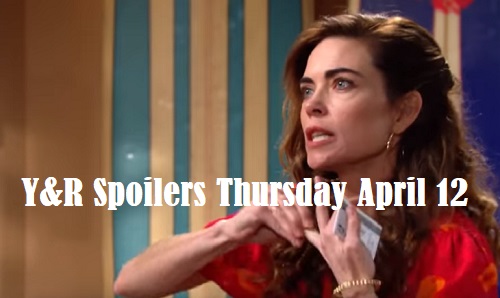 The Young and the Restless (Y&R) spoilers for Thursday, April 12, tease that some hot drama’s coming up as we get closer to Friday’s big cliffhanger. Thursday’s episode should set up plenty of shockers, so let’s talk about how this is going to play out. Since J.T.’s (Thad Luckinbell) arc is winding down, his storyline with Victoria (Amelia Heinle) will take center stage.

Y&R fans can expect Victoria to spill some big news. After a disastrous trip to Hawaii, it looks like she’ll return home in a funk. The Young and the Restless spoilers say Victoria will reveal the startling truth about her relationship. Who will Victoria confide in? Will she tell Nikki (Melody Thomas Scott) or perhaps Sharon (Sharon Case)? Victoria might even blab to both since she’ll really be fuming!

Regardless, Victoria will likely bring up J.T.’s undercover mission. She finds out about it in Wednesday’s episode, so she’ll certainly need to vent on Thursday. The Young and the Restless spoilers say Victoria will feel like J.T. was just using her to get what he wanted. It’ll just add to the difficulties she’s already been dealing with.

Since everything’s blowing up, Victoria may mention that J.T. got physical with her during one of their arguments. The Young and the Restless spoilers state that Victoria will try to shake J.T. off and move on, but that plan won’t pan out just yet. Y&R viewers will see J.T. reach out to Victoria once again. He’ll want to patch things up, but she’ll quickly turn him away. 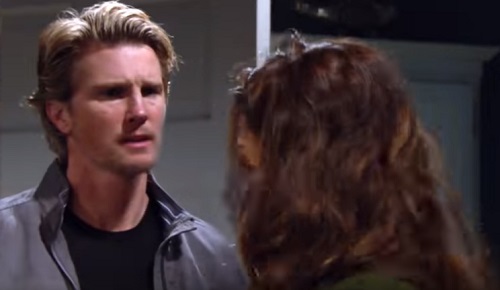 Unfortunately, J.T. won’t take no for an answer and that’ll lead to a stunning confrontation. Victoria will be in a fight for her life soon enough! The Young and the Restless spoilers hint that J.T. will meet a grim fate before the week’s over, so he’ll definitely pay the price for his actions.

Victoria, Phyllis (Gina Tognoni), Sharon and Nikki will all be involved in the crazy aftermath. It sounds like J.T. will go out with a bang, so Y&R watchers should be on the edge of the seats. We’ll give you updates as other details emerge. Stay tuned to the CBS soap and don’t forget to check CDL often for the latest Young and the Restless spoilers, updates and news.