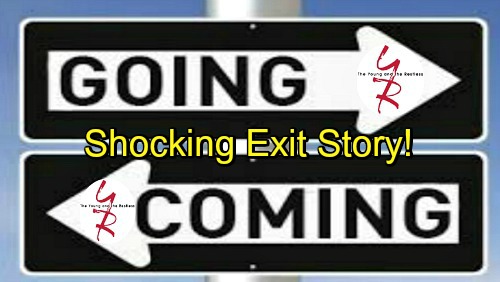 The Young and the Restless (Y&R) spoilers reveal that we’ve got some comings and goings news to pass along. First, let’s talk about Victor’s (Eric Braeden) brother. Now that all the Albert Miller (George Kennedy) drama’s been stirred up, it’s time for some family conflict.

Matt Miller (Richard Gleason) reached out with a tip about Albert being the mystery man in the photo. Starting September 20, Matt will appear in town and get caught in a war. Despite Victor’s stern warning, Jack (Peter Bergman) will move forward with his quest for answers. Can Matt provide them?

Victor will do his best to keep Matt in line, but his bro will definitely throw him a few curveballs. Whether Jack turns out to be Victor’s biological sibling or not, Vic will have enough on his plate with Matt. This guy’s got some ulterior motives, so Victor and maybe even Jack will have their hands full.

The Young and the Restless spoilers say Gleason will stick around in the role for four episodes, but his arc could expand to something more later. You never know when Victor will need some added opposition! Speaking of opposition, Billy (Jason Thompson) and Ashley (Eileen Davidson) will remain at odds this week. As expected, Kyle (Michael Mealor) will be the ringleader of their latest battle.

Y&R fans can expect Traci (Beth Maitland) to blow into Genoa City and handle her crazy siblings. She’ll show up beginning September 21, so be prepared for some Abbott clan chaos. During the week of September 24-28, Jill (Jess Walton) will reenter the picture as well. As Billy’s gambling addiction spirals out of control, perhaps Jill and Phyllis (Gina Tognoni) can find some common ground.

We should also mention that Ashley’s (Eileen Davidson) exit is rapidly approaching. The Young and the Restless spoilers say she’ll be gone before September concludes. It seems likely that all this mayhem with Billy will play a role in that departure story. Kyle might stab Ashley in the back and seek the throne for himself!

That’s it for comings and goings. We’ll give you updates as other Y&R news comes in. Stay tuned to the CBS soap and don’t forget to check CDL often for the latest Young and the Restless spoilers, updates, and news.