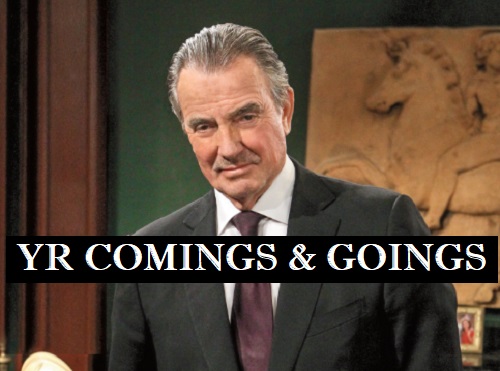 The Young and the Restless (Y&R) spoilers tease that there’s some comings and goings news to pass along. For starters, let’s talk about Victor’s (Eric Braeden) new bodyguard. Drew Pearson is a retired wide receiver for the Dallas Cowboys. He also happens to be a huge fan of Y&R, so a friend pulled some strings and secured a guest spot for his birthday.

Pearson opened up about the thrilling experience in an interview with Soap Opera Digest. “The script they gave me had just a little part for me, but I couldn’t believe the thickness of that script for just the day,” Pearson said. “I was amazed how they get things done. Those guys are so good at what they do.”

Of course, Pearson had the most contact with Eric Braeden on set. His character, “Dwayne,” is part of the Newman security team, so Victor had to be around. Pearson had nothing but positive words about Braeden and his fun spirit. “Eric is a man’s man,” Pearson said. “I can’t tell you how much he punched me in the arm.”

The Young and the Restless spoilers say you can see Pearson’s popup on June 28. However, he’d definitely be open to dropping by again sometime. “I play a guy who works for Victor Newman, so there’s definitely opportunities for me to recur in that role,” Pearson pointed out. “If they call my name, I’ll be there!”

Other Young and the Restless spoilers say Jill (Jess Walton) will return to town starting July 13. She’ll be around for several episodes and most of them will probably revolve around Jack (Peter Bergman). Dina (Marla Adams) will confirm Jack as a Chancellor on June 25, but Jill may not agree. After all, Dina has Alzheimer’s. It’s reasonable to think she may not remember the past correctly.

Jack may insist on digging up Phillip Chancellor’s (Donnelly Rhodes) body for proof. If he’s really a Chancellor, he’ll want to make some power plays at Chancellor Industries. Jill will undoubtedly blow back into Genoa City and prepare for a fierce fight.

In other news, a blind item points to a love interest hunt. According to SOD, one soap wants to pair an established player with somebody new. This show’s search is already in progress. If that’s about Y&R, who could the established player be? Victoria (Amelia Heinle) might need a new man in her life. They might even be thinking ahead for Devon (Bryton James) since Hilary’s (Mishael Morgan) leaving.

Whatever the case, there are some interesting possibilities to consider. We’ll give you updates as other Y&R details emerge. Stick with the CBS soap and don’t forget to check CDL often for the latest Young and the Restless spoilers, updates, and news.