BY Sean O'Brien on May 9, 2018 | Comments: Leave Comments
Related : Soap Opera, Spoiler, Television, The Young and the Restless 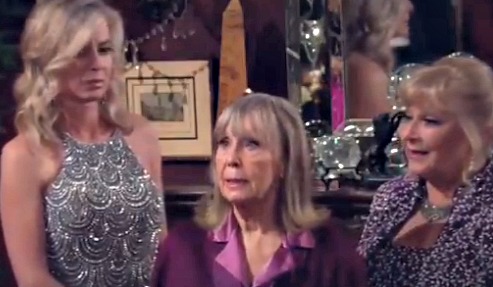 The Young and the Restless spoilers tease, as part of this ongoing epic arc, that Jack Abbott’s (Peter Bergman) life won’t be altered when all has been revealed. Oh, he believes that Dina (Marla Adams) just exposed another dirty family secret. But her recant merely represents the effects of the horrid Alzheimer’s disease she’s been afflicted with.

Yes, Dina did recall that she cavorted with some man at a Genoa City club years ago. While that likely did happen, Jack’s paternity won’t be altered as a result. John (Jerry Douglas) did father a son, John, Jr., with Dina in between her other shameless romps. 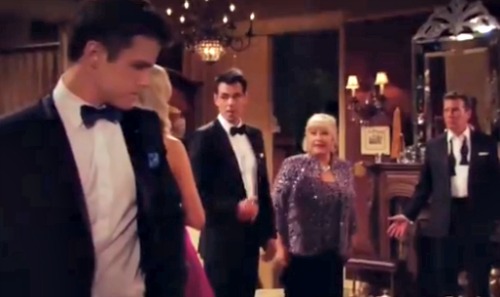 A segment of modern world and segments of old-fashioned worlds promote debauchery as good. Sodom and Gomorrah are referenced in the Old Testament. Those cities were filled with people who did as they pleased and were proud of it. Skip forward to modern times in this Wisconsin burg and Madame Mergeron is being lauded, by Abby (Melissa Ordway) as being empowering for more than just her business dealings. Uh, no.

Hey Abby, your grandmother isn’t to be applauded for having been addicted to sex in the pre- widespread sexually transmitted disease days. Dina was unable to control her animalistic instincts, voluntarily chose to break her wedding vows, and claimed that her husband couldn’t satisfy her base needs. Jeez, Dina. 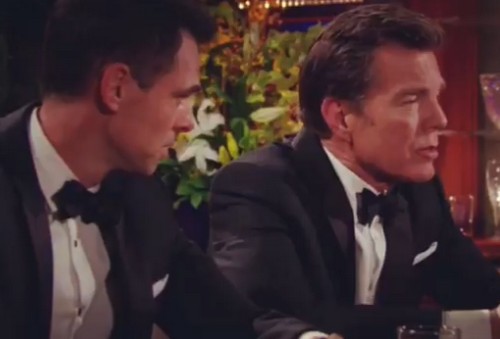 The last paragraph rightfully tags Dina as a reckless person who damaged the lives of her husband and three known children. But, it must now be said that redemption is earned by every human being alive, some of whom absolutely live better lives than others. To claim that’s not true is something a me-first person, in any age, would do.

Dina returned to her hometown and honestly sought to make amends. She realized that she’d done wrong, not that her wrongs were to be lauded. Dina has sincerely sought to be an important part of her children’s lives and is given full credit by this scribe for doing so.

Adams’ character was not a strong woman when she was running wild all those decades ago, long before Y&R was even on the air. But she is one now because of the consistent recompense and humility she’s offered. Dina accepted her Alzheimer’s diagnosis and is facing this greatest challenge of her life with bravery. That is worthy of honor. 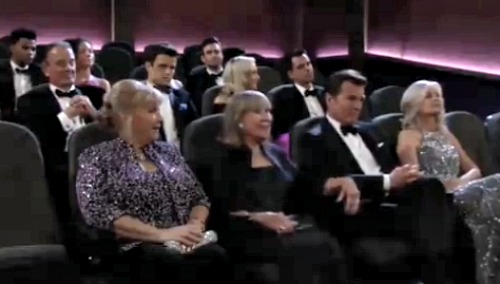 Now, as to Dina’s recent admission during Abby’s filming sessions. Yes, she did meet with some man whose name can’t be recalled. But it seems plausible that the result of that particular tryst either led to Traci’s (Beth Maitland) birth, or that of another heretofore unknown child.

Jack and his family have again been given another emotional meal to digest. Dina has been a disruptor throughout her life, but is now offering a gift. She is allowing all affected parties, except John, to work through these issues. Resolutions will allow healing, which Dina and her children can earn though one simple, timeless act. Love.